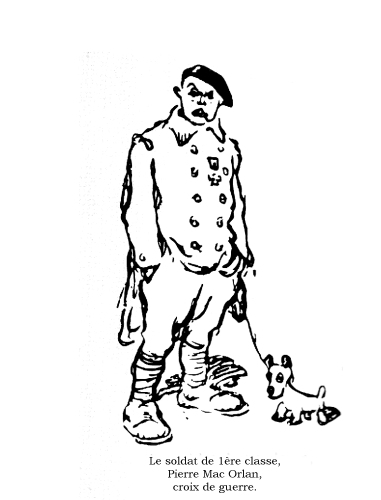 The details drive us through, once we’ve latched onto the tone. Again, it’s spiriting. We have lists, we have declarations out of nowhere. We have an ending where, though it occurs only “rarely,” the active adventurer returns to the home of the passive adventurer who has exploited his exploits (as it were), and beats him up.

It’s a zany, weird thing Wakefield Press has elected to give us here, and the more so for being dug from the beginning of the 20th century, where the pile of all Mac Orlan’s untranslated works lies. But I’m glad it exists for us. I’d venture that it is comparatively easy, as a writer today, to entertain someone who is navigating the same landscape of postmodern despair we all share. But to do it from 100 years back—to think of that almost cuts the lines, setting the despair to float away.

Dennis James Sweeney is in the MFA program at Oregon State University. He is also the author of What They Took Away, forthcoming in 2014 from CutBank Books. Find him at dennisjamessweeney.com.