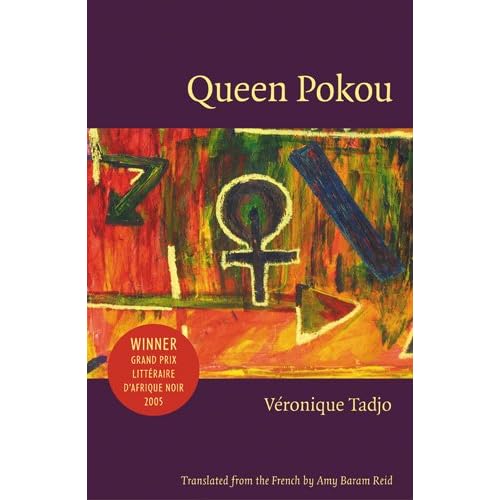 By contesting established readings of Abraha Pokou’s story, Tadjo does more than re-appropriate this one specific foundational story. In the very powerful conclusion of “The Words of the Poet,” she insists upon the value of open-ended stories–myths, legends, oral traditions, testimonies and fictions–that bring us face-to-face with our flawed humanity.

In this light, Queen Pokou needs to be read as a personal account of Tadjo’s efforts to find a way back across the border to the Côte d’Ivoire where she was raised and as a road map she offers to guide her readers toward the wisdom embedded in the oral tales and the foundational stories we know well and too often fail to interrogate. My hope is that this translation will make it possible for more readers to follow the paths Tadjo traces, to re-examine the borders of our humanity and the stories–both personal and shared–that shape our understandings of self and other.

The book reads like interlocking legends–sweeping and wide-reaching; panoramic versus minute. I think that’s the case with passed-down histories. They’re about the broad stroke and the big picture; but Tadjo brings to these stories an inner life, an inner grief, that speaks for a queen relegated by language to one heroic act.