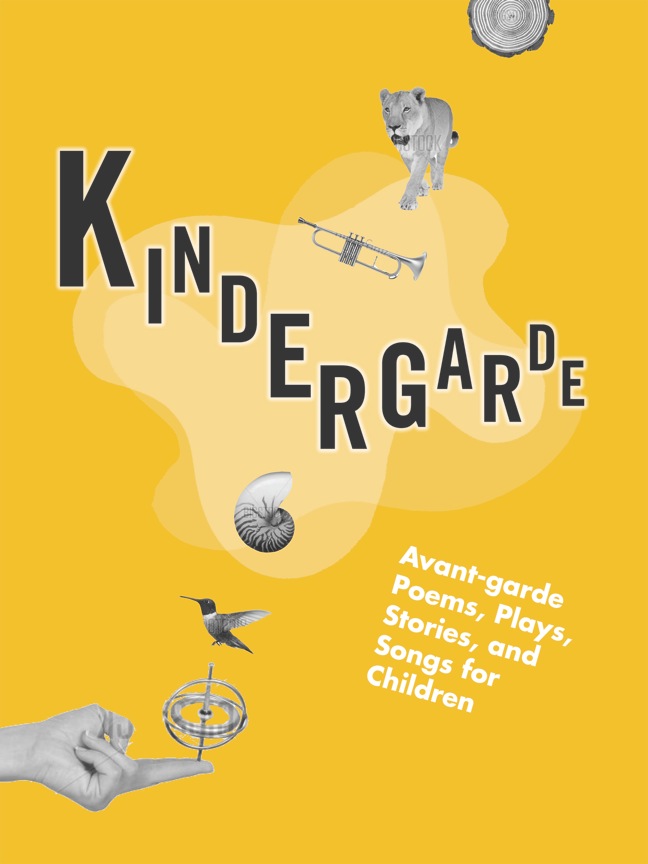 This is the first time I’ve ever donated to a Kickstarter project, because this is the first one that really compelled me to participate. Check out their project page to see a video of kids reading poems from the anthology and talking about the avant-garde, and then consider joining me in donating to this worthwhile project:

Our goal is to make the book as widely accessible to kids as possible. And since we are an independent, collective press, we need additional support to fund this project thoroughly. We’re hoping that 100 people will purchase books through this Kickstarter campaign so we can fully fund a large print run of the KINDERGARDE anthology.

The KINDERGARDE project helps kids know that there are many ways to think and be in the world and that their ideas are important — no matter how different or “strange” they may seem. By supporting this project, you are expanding kids’ ideas about what literature can be and do. And you are also supporting creative risk-taking and open-mindedness. Join us!