flatmanCrooked announces announcement, and other announcements INCLUDING SPECIAL RECESSION SALE 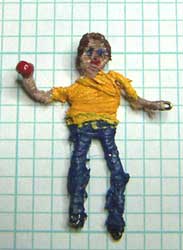 Okay, for those of you short on time and eager to spend some cash, first the bad news: You can only spend half as much cash as you’d hoped to, unless you buy two copies of fmC #1, because dudes are having  a RECESSION SALE and slashed the price of copies of their 1,500 copy-limited, first edition run by 50%.  They also said there would be a new fmC website up and running sometime in the next few days. So why don’t you go over to the site, buy a couple copies of the issue–which features new work by Ha Jin, as well as a Jorge Luis Borges story that is otherwise unavailable in English—and take a look at the old site before it is replaced by something several orders higher on the awesome scale.

Also, stay tuned for our long overdue and only maybe still forthcoming review of their first issue. They sent it to us and we loved it, then totally fucking flaked on telling you about it, because we were all too busy either blogging about Tao, picking fights with people who blogged about Tao, or checking out pr’s goods. So we’re still trying to get to that, but what I’m saying is that the world moves on, and you really shouldn’t wait on us. In fact, if you buy the magazine and have trenchant analysis to offer, email your remarks to me and I’ll post them here.