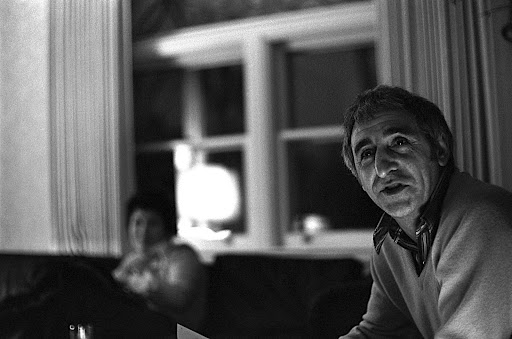 — how I had to stop reading Take It or Leave It after the first dozen pages because I could tell that it was too close to what I was doing, too strong, too powerful, too able to influence me (which brings to mind an anecdote about William Gibson going to see Blade Runner while he was working on Neuromancer and getting up after the opening sequence and leaving the theater because he was equal parts pissed that Ridley Scott had beat him to the punch and afraid of the potential power of influence it might have on his book).

If you are not familiar with Federman’s work, you can begin to enter his world by checking out his website and his blog. You can also find some of his work online here. And a nice compendium of material here.

He will be missed. And thanks in part to the amazing work he left behind, he will be remembered.