I feel like I’m wired for clutter. The apartment I grew up in was crammed and overstocked. My bedroom looked like a garage. There was a giant wooden cabinet in the middle of the room—way larger than my bed if you’d set it flat—full of things like paint thinner, power drills, broken toys, empty old tins of Danish cookies and Slim Jim boxes stuffed with expired coupons. This was not my stuff. This was being stored.

When I am in a cluttered space, my guard’s down. I tend to allow myself more overwhelming feelings. When I read things that are cluttered—sentences that are lists, or things that juxtapose in messy ways—I feel high. Strung out. Excellent. Thumbs up. When I read elegantly constructed work or things that make careful use of space, things that seem well-arranged, I feel scared and suspicious. Daunted. This is insane of me a little. Poet comes from the Sanskrit cinoti, meaning roughly “to pile up.” The first poetry was said to be lists of dead farm animals. 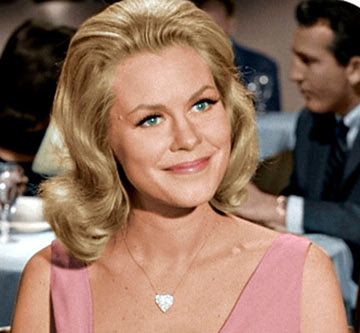 Why do I know this? A little because it’s true and more because it makes me feel relieved. Livestock and supply. Storage rooms are very holy to me. The back of a grocery store is amazing. It’s an effort—in this camp, I mean, maybe not for you—to say a thing simply, to say a single thing, not to complicate or clutter that thing with an adjacent thing that probably deserves its own space. The planet is running out of water. Once I heard that there are no tin mines in the U.S. The Wizard Of Oz is strange because it is a story about a distinct group of characters, but honestly it is hard relate to any of them. They all seem ridiculous. Usually when you have a group of characters you are supposed to relate to at least one. “That’s such a Samantha thing to say.” When someone sets two things next to each other that go perfectly together, and that someone is then able to leave the room well enough alone, I am intimidated. I feel like punching that person. Tonight I read a story where someone wears a bikini made of Nicotine patches. That felt good. When I read skinny poems I roll my eyes, which is not the skinny poem’s fault. When I read stories with a bunch of white space I want to get up and go outside and walk and fill a bag with different types of doughnuts. In L.A. there is an amazing store called Galco’s, where you can buy soda of many different flavors, and the store pulls off the illusion of always seeming to have one or two more flavors than you can possibly imagine. Which is impossible. A store can’t defeat an imagination.

I won’t find any dog cum soda or plier rust soda. But there is something about all those different bottle designs that suggests: someone has already thought of what I’m about to think of. I don’t know what to feel about this. Sometimes I’ll invent something—a phrase, a computer game, a cereal—and I’ll dismiss it automatically because of what I know about Google. I don’t even have to look. It’s already there. Part of my project in life is not to feel shitty about this. All the different parts of your teeth have weird names. The front of them, where they enter the gum. All of that has names and people who were managing many different commitments at once came up with those names. People always say, more or less: “if you’re so messy how do you find shit?” Sometimes I will need to do something, and I will just use whatever’s there. If I am going to use the scissors to flip the eggs, I am going to use the scissors. I think I would flip my shit if I didn’t.