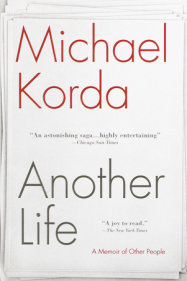 When I started DIY publishing in 1994, I didn’t know what I was doing. My zine, .iota, which I published with friends, only lasted a few issues. The work I did in college, as the Arts editor for the school paper and the fiction editor for the literary journal, was insubstantial. When I offered cash for a fiction prize with The Kankakee Review, a journal I started in 1999, I only got a handful of submissions. I wasn’t any good at it (although I did run interviews with Jacques Derrida and Cornel West and the band Buffalo Tom).

The internet since the early 2000s has made it possible to achieve a much higher profile, though the requirements are the same; you have to work hard, have reasonable expectations, and be cool in the world in order to be successful. But the potential for success in terms of readership is greater.

In 2003 I was a very active member of a blogging community, and at my blog I wrote about current events, trying to quit smoking, my love for the Milwaukee art scene and an unsystematic host of other things. There were a couple dozen people in that “ring,” and the attention we gave each other was motivating. We commented on posts, or we’d respond at length on our own sites. Do you remember this stuff? This was before pingbacks were automatic, so you’d manually have to insert a code somewhere. It was a long time ago, the dawn of Web 2.0.

What was crucial in that scene, for me, was the motivation that came from people responding to each other. Smart, funny people engaged my point of view, and accordingly I genuinely cared about theirs, and sometimes that meant we’d argue long into the night. I remember the too-much-coffee feeling I’d get every time I hit the button that posted my comment. “No! Jihad means suffering!” I’d say, or whatever.It’s because of that feeling, which comes from real conversation, that I kept tuning in. And I would learn about the work these people were doing, and I would support them, and they would support, provoke, and invigorate me—and of course we weren’t famous or widely read or even that good (but we were pretty good)—but thanks to them I kept working. Dialogue with a community of likeminded people is part of my artistic process.

It’s also part of what has made my current venture, Publishing Genius, successful. Spending large chunks of time—10,000 hours—emailing, tweeting, reading other people’s writing, using Facebook and so on has been my primary “marketing plan,” insofar as doing what I already want to do anyway is a plan. Something obvious that I say all the time: “If you’re not interacting with people who are doing what you’re doing, you won’t achieve your goal. But those interactions have to be natural to you. If you try to force it, you’ll lose interest and get discouraged.”

When I started Publishing Genius, I quickly found a fledgling group of writers who blogged in a similar way to what I had been doing, and who had interests similar to mine. It was a welcoming group and I feel nostalgia for it today. Our interaction comprised what I’ve described above, except in 2007 there were more people involved, and more places to get published. The message is the same, though: we maintained interest in each other, and that helped our careers.

At the same time the technology to communicate this way this easily proliferated, so did self-publishing tools. Nowadays it seems like the NYTimes has a new article relevant to self-publishing every day. This has allowed me, for the last couple of years, to try to earn my living as a publishing consultant. I work for writers directly, editing their books, most of which are excellent. I’ve answered printing questions galore, figured out margins on design questions as well profit margins on POD vs. short run vs. offset. I’ve drawn up elaborate publicity plans. I’ve basically done every single thing I do for PGP books and authors, and then some.

I love the work. It satisfies the same creative impulses I get from putting out books with PGP. Better than that, I get paid for it, rather than having to foot the bill. It was painful, the first time I cashed a $1500 paycheck, then turned around and spent it on Publishing Genius, to do the same thing I had just been paid for. (This was painful, but it’s not a real problem. And it’s worth noting here that I could never give up PGP if only because I get to choose what is published, and that means I can do books like Christy Crutchfield’s How to Catch a Coyote, which covers an important subject I could never have written about. As a publisher, I get to participate in a conversation that, as a writer, I’d be lost in.)

Anyway, the thing about self publishing as it pertains to participating in a conversation, is that there are no shortcuts. One thing I make clear to my clients at the start of our working together is that publishing a book doesn’t mean people will read it. I emphasize that even most traditionally published books sell abysmally. I also say that traditionally published authors assume a lot of the promotional efforts for their book, and these people have usually been plugging away for years, and that means they’ve been participating in a community of some sort. They’ve published in journals, at least, and probably met lots of other writers and editors, sharing stories and advice and gossip—all of which goes a long way.

… And since you’re reading this at htmlgiant, I’m probably not telling you anything you don’t already know.

The issue I’m confronting now is that, very often, I really believe in the books I’m helping with, and I am not sure how to proceed. For example, Julian Berengaut’s new book, This Isn’t Easy for Me, is about to launch, and I badly want an audience for it. It’s told entirely in dialogue, without attribution, even. It’s one long conversation between two powerful women, a physicist and a philanthropist. They share amazing stories about Haiti, the holocaust, the BRCA gene, and more. If it fit the audience I’ve cultivated for PGP, I would consider publishing it. I’ve been an evangelist for the novel to friends, but always with a hint of reservation. Is it a conflict of interest to vouch for a book if I’m being compensated?

The self-publishing world is still uncharted. I get query letters for from people desperate to have PGP take on their self-pub’d books. Some of them still consider self-publishing to be contemptible, while others are proud of it. Personally, having done it myself (not through PGP), I’m proud of it and have profited from it. But here’s the scoop on that: it’s because I’ve spent years interacting with my community.

If it’s a book you want, and, like some of my clients, you see publication as the last step in the writing process, then “here’s my card.” But if you want tons of readers and to make lots of money, you have to build your network.

Or—and here’s my question—can I sell my network to clients?

Since when does being a good writer have to include being a good socializer? When I tell people that thing about how they have to interact with likeminded people to be successful, and that it has to be natural, I watch their faces drop. They tell me they don’t like parties and that being a single parent makes it so they can’t join a book club. Or they don’t know when the readings are. Maybe they deleted their Facebook account because people were being awful on it—but they have read widely in the classics and the New Yorker, can recite lines by every poet laureate (and they aren’t even poets), pay Duotrope’s monthly fee, and can name editors at several NY houses. They’ve been writing as a pastime for 40 years, and now they’re retired. They can’t compete with the din of youth.

Are they doomed to write for friends and family? Or can I lend an endorsement to give them a boost? How is that different from making me their publisher, while being paid—in which case I’m running a de facto vanity press? Is having “one foot in and one foot out” the only ethical solution? I think this issue highlights the vagueness of some of the rules we’ve accepted about publishing. For example, if Steve Almond paid me to design his next self-published book, I wouldn’t feel any compunction about sharing it. Another example: traditionally published writers who feel offended when they opt for a small press on a project, only to have that press release another book from the person (or one of the people) who runs it. Above, I thought it necessary to qualify that while I self-published a book, I did not do so under Publishing Genius. Publishers and their own books are peculiar. Another Life, Michael Korda’s memoir about being the publisher at Simon & Schuster, was published by Random House. How did that work out?

Sometimes I feel like small press publishing is really self-publishing, especially when we all know each other so well.

I don’t know! What do you think? Anybody want a job as a publicist?