Literary Forebears of V.C. Andrews #1: The Book of Genesis 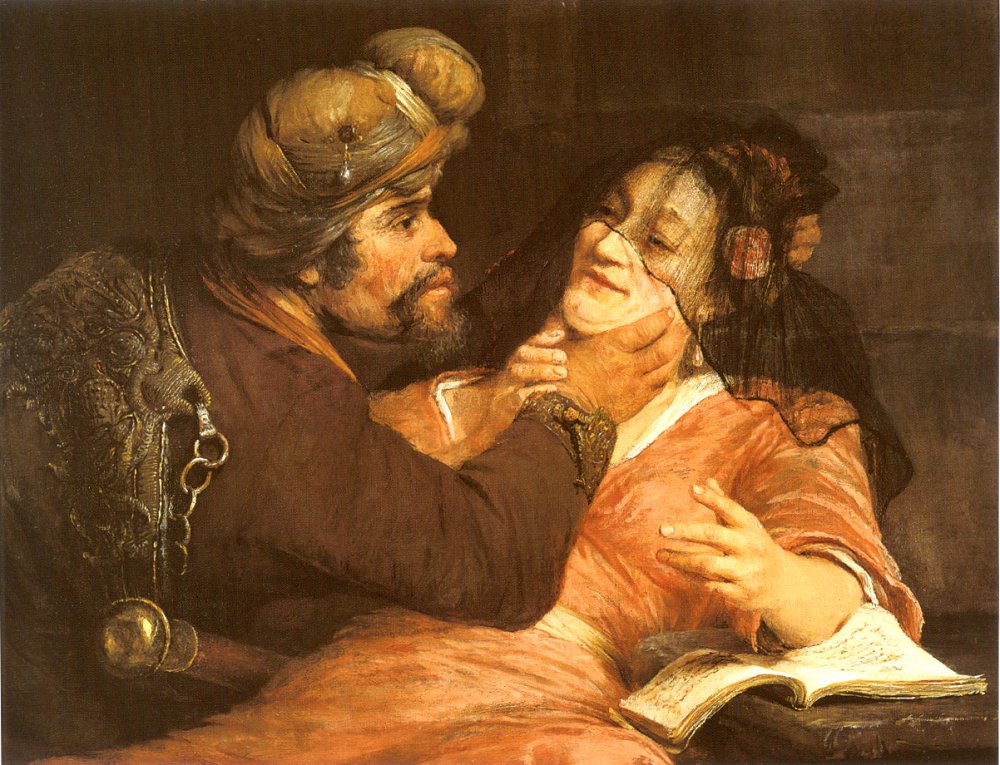 When I was seven years old, an elderly deacon at Belvedere Baptist Church in West Palm Beach, Florida, challenged me to read the entire Bible start to finish, as he himself had done seven times. Being a reader and a baptized, you know, Baptist, I took him up on the challenge. After a few thrilling days in the early chapters of Genesis, in which I experienced two stories about the creation of the world, a worldwide flood (which one family survived by building a boat and filling it with all the animals of the world), and the invention of competing languages and subsequent dispersal of the nations at the Tower of Babel, (and here I know I’m leaving out all kinds of high-stakes trouble, none of it comparing to the serial genocides commanded by God in the Book of Exodus, but I digress), I came across the headscratching thirty-eighth chapter, which introduced me for the first time to such topics as coitus interruptus, legally-mandated sort-of incest (brother-in-law-on-sister-in-law and father-in-law-on-daughter-in-law), prostitution, extortion-by-prostitute, and threats-of-burning-to-death-as-a-result-of-unwanted-pregnancy (the extortion prevents the burning, thank god.) Here, by permission of King James I of England, in his commissioning proclamation of 1604 at the Hampton Court Conference, I bring you Genesis 38, for your entertainment and possible edification:

1And it came to pass at that time, that Judah went down from his brethren, and turned in to a certain Adullamite, whose name was Hirah.

2And Judah saw there a daughter of a certain Canaanite, whose name was Shuah; and he took her, and went in unto her.

3And she conceived, and bare a son; and he called his name Er.

4And she conceived again, and bare a son; and she called his name Onan.

5And she yet again conceived, and bare a son; and called his name Shelah: and he was at Chezib, when she bare him.

6And Judah took a wife for Er his firstborn, whose name was Tamar.

7And Er, Judah’s firstborn, was wicked in the sight of the LORD; and the LORD slew him.

9And Onan knew that the seed should not be his; and it came to pass, when he went in unto his brother’s wife, that he spilled it on the ground, lest that he should give seed to his brother.

10And the thing which he did displeased the LORD: wherefore he slew him also.

11Then said Judah to Tamar his daughter in law, Remain a widow at thy father’s house, till Shelah my son be grown: for he said, Lest peradventure he die also, as his brethren did. And Tamar went and dwelt in her father’s house.

12And in process of time the daughter of Shuah Judah’s wife died; and Judah was comforted, and went up unto his sheepshearers to Timnath, he and his friend Hirah the Adullamite.

13And it was told Tamar, saying, Behold thy father in law goeth up to Timnath to shear his sheep.

14And she put her widow’s garments off from her, and covered her with a vail, and wrapped herself, and sat in an open place, which is by the way to Timnath; for she saw that Shelah was grown, and she was not given unto him to wife.

15When Judah saw her, he thought her to be an harlot; because she had covered her face.

16And he turned unto her by the way, and said, Go to, I pray thee, let me come in unto thee; (for he knew not that she was his daughter in law.) And she said, What wilt thou give me, that thou mayest come in unto me?

17And he said, I will send thee a kid from the flock. And she said, Wilt thou give me a pledge, till thou send it?

18And he said, What pledge shall I give thee? And she said, Thy signet, and thy bracelets, and thy staff that is in thine hand. And he gave it her, and came in unto her, and she conceived by him.

19And she arose, and went away, and laid by her vail from her, and put on the garments of her widowhood.

20And Judah sent the kid by the hand of his friend the Adullamite, to receive his pledge from the woman’s hand: but he found her not.

21Then he asked the men of that place, saying, Where is the harlot, that was openly by the way side? And they said, There was no harlot in this place.

22And he returned to Judah, and said, I cannot find her; and also the men of the place said, that there was no harlot in this place.

23And Judah said, Let her take it to her, lest we be shamed: behold, I sent this kid, and thou hast not found her.

24And it came to pass about three months after, that it was told Judah, saying, Tamar thy daughter in law hath played the harlot; and also, behold, she is with child by whoredom. And Judah said, Bring her forth, and let her be burnt.

25When she was brought forth, she sent to her father in law, saying, By the man, whose these are, am I with child: and she said, Discern, I pray thee, whose are these, the signet, and bracelets, and staff.

26And Judah acknowledged them, and said, She hath been more righteous than I; because that I gave her not to Shelah my son. And he knew her again no more.

27And it came to pass in the time of her travail, that, behold, twins were in her womb.

28And it came to pass, when she travailed, that the one put out his hand: and the midwife took and bound upon his hand a scarlet thread, saying, This came out first.

29And it came to pass, as he drew back his hand, that, behold, his brother came out: and she said, How hast thou broken forth? this breach be upon thee: therefore his name was called Pharez.

30And afterward came out his brother, that had the scarlet thread upon his hand: and his name was called Zarah.