Follow up to my review of Adam Kotsko’s Awkwardness

After reviewing Awkwardness, I have gone back to explore Adam Kotsko’s group blog, “An und für sich,” and would like to recommend it to readers of htmlgiant. Particularly interesting is their comment policy. You thought we were assholes, take a look at this:

We also have little tolerance for people who whine that the conversation is mainly for insiders — we know it is; we chose for it to be that way on purpose. If you’re not an insider to the various discourses we participate in and you’re still interested in the topic, figure out a way to become more of an insider. If you want advice about that from one of the blog authors, try to ask in a way that shows you’ve done some work on your own.

The whole thing is worth a look, as is their “Open letter to lurkers.” Actually, I don’t think theirs is really a bad perspective, just one that sounds bad when said out loud. Other posts that I like are “Further Symptoms of Insanity,” in which Adam outlines why he might write another book that doesn’t impact his chance at tenure, and this uncomfortably hilarious video called “Conventional Wisdom Parody Technique.” 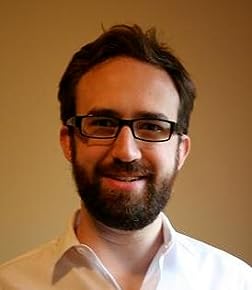 Awkwardness is about awkward situations as seen in popular TV and movies and your mama’s. He examines these situations in terms of Heideggerian relationality, similar to the way Kierkegaard looked at irony. Because of its pop-culture conceit it reminds me a bit of those “Simpsons and Philosophy“-type books that I used to buy because I liked the Simpsons or baseball but then would never read because, lo, they were still heady academic essays after all. But Awkwardness doesn’t market itself that way — as it shouldn’t. For one thing, Kotsko doesn’t limit his subject matter; The Office, some girl singing at a bar, and Larry David all come under scrutiny in the course of discussing awkwardness. Even the book’s introduction says it started as a joke, this isn’t philosophy-for-philosophy’s-sake. END_OF_DOCUMENT_TOKEN_TO_BE_REPLACED

Another long interview (this time with Žižek brain, Adam Kotsko) When Adam Kotsko’s book Žižek and Theology was published about a year ago, he was still working on his PhD at Chicago Theological Seminary. It’s an impressive feat and an impressive book. Certainly there are better introductions to Žižek’s thought than Adam’s book, which takes as its starting point the issue of where Žižek aligns with theology — duh — but I still found it to be a valuable crash course. (Does anyone else find it useful to approach a new subject from a specific perspective, and then apply what you know about that perspective to the subject? I risk conflating the two things when I do it this way, but wtf: I’m okay with being wrong.) END_OF_DOCUMENT_TOKEN_TO_BE_REPLACED