LH: What do you mean by radically evil poetry?

— “How to do silence: a conversation with Vanessa Place”

An a-poetics is not concerned with the lack of aesthetic or ethical good, as in insufficient quality/quantity, for that is institutional critique of the dialogic variety, one that hopes that widening the terms of the dialogue will produce more poetic goods—the subjective and objective imperatives will happily coincide. An a-poetics rather insists that, to use another numerical referent, the trinity is the new binary, and there is no dialogue, no call and response because the poem is no longer treated as a text to be read, however many ways and loose, but is cut loose altogether. The poem is simply a site of potential engagement like other works of art are simply sites for potential engagement, and there may be no “reading” just as there may be no “writing,” but a tripartite encounter with a textual surface.

—“A Poetics of Radical Evil”

The maw that rends without tearing, the maggoty claw that serves you, what, my baby buttercup, prunes stewed softly in their own juices or a good slap in the face, there’s no accounting for history in any event, even such a one as this one, O, we’re knee-deep in this one, you and me, we’re practically puppets…

“In a single sentence as bloody and crazed as the history of the 20th century, Place offers up “the untamed cadence of ten thousand feet.” Caught somewhere between Beckett’s The Unnamable, Kathy Acker’s Don Quixote, James Joyce’s Finnegans Wake and Ann Quin’s Passages, Dies is an extravagant and ferocious book, a real and uncompromising marvel.”

When I said earlier that Gaga was a mirror, I was right, but now I am wrong: Gaga is a screen. Today’s version of a screen, that is, which is the mirror that moves, the thin portable computer upon which I reflect my projects and projections and upon whom I am reflected and project, that digitally sculptured version of me that is the only real proof of my existence, and yours, because that’s all you are as well, another screen reflecting back and on my own. What I see mostly before me are screens, but I don’t seem to see them anymore. 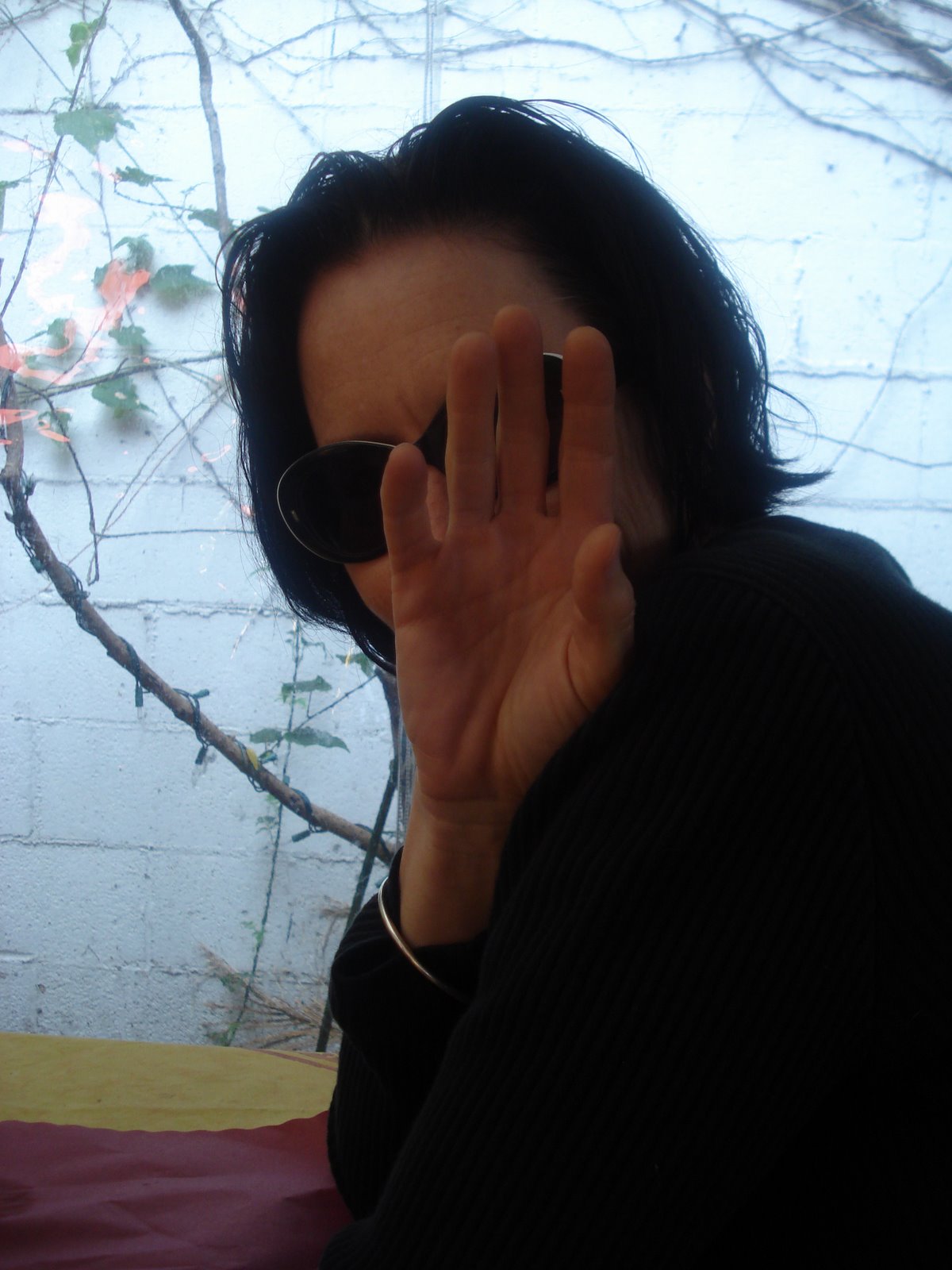 [A]llegory, via Benjamin via Baudelaire via his 1933 editor is the psychic center that holds, or doesn‟t, as the allegorical internal/external (es-ternal) whole, represented by Dante, is crumbled. The modern allegory is one of despair, melancholy, the man on the move, motored by egoism, mystification, and purely private conversation.

— “The Allegory and the Archive”

Kara Walker, Gone, An Historical Romance of a Civil War as it Occurred between the Dusky Thighs of One Young Negress and Her Heart, 1994; cut paper on wall; 15 x 50 feet; installation view

If art is what humans feel about themselves relative to objects, then the objective is what art feels about humans. Walker’s objects are abject because they force their subjectivities upon us: art dislikes the mewling, vomitous sticky self. Weiner’s objects are object because they erase the signs of us: art enjoys the airy impersonal fact of material and its movement.

— “I am not content: Kara Walker/Lawrence Weiner: Identity as Language/Language as Identity”

On January 17, 1997, Dorothy C. was living alone on Vista Avenue, in Long Beach; she went into her bedroom between 11:00 and 12:00 p.m., without giving anyone permission to enter her home. As she was preparing for bed, a man came up from behind, grabbed her arms, and told her to cooperate and she wouldn’t get hurt. The man, wearing a navy blue ski mask, forced her onto her bed, removed her underwear and orally copulated her, stopping periodically to talk.

A mirror only works insofar as I recognize or refuse to recognize myself reflected in it—-like poetry, it answers the question “what does this say about me?” 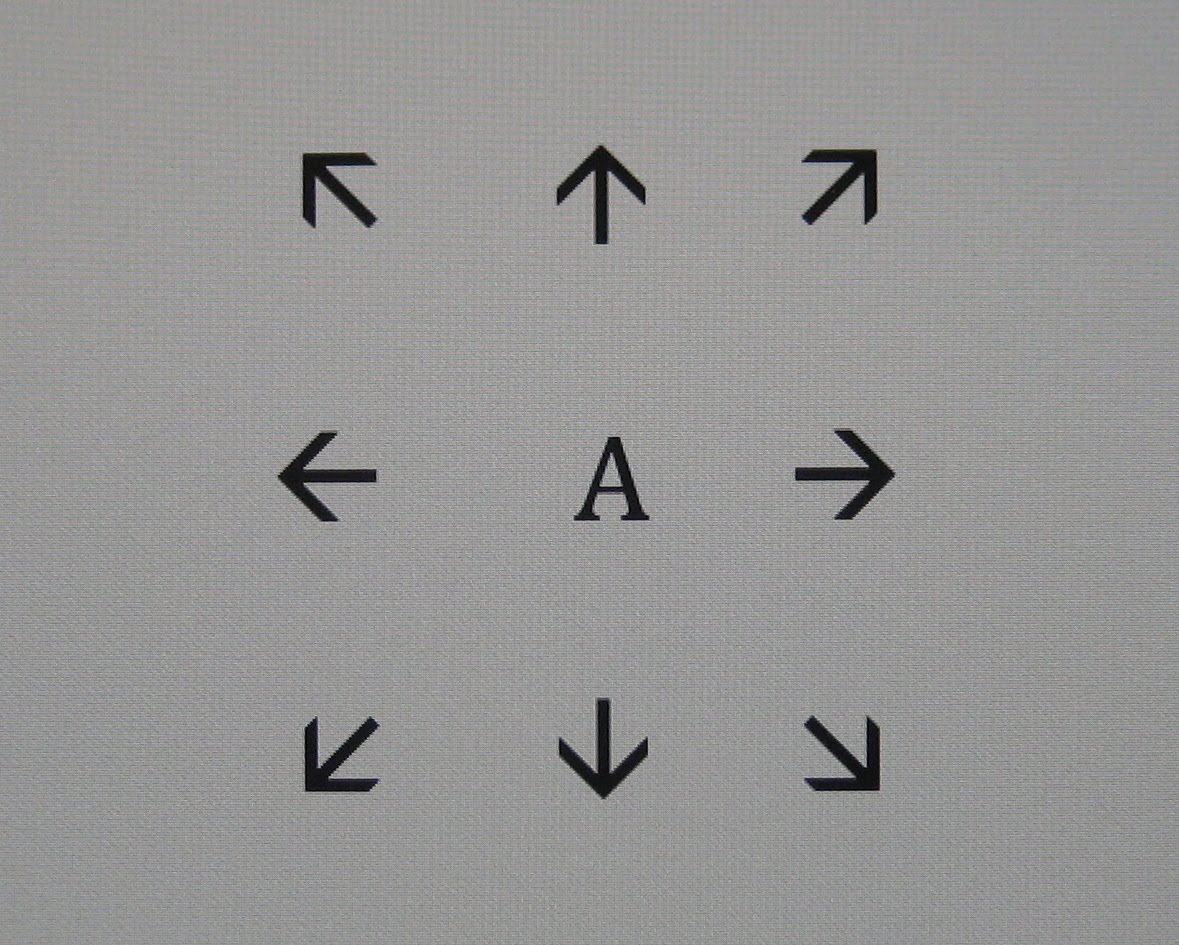 “For those not familiar with conceptualist practices in poetry, I can recommend few better places to start than Notes on Conceptualisms.”

“[Notes on Conceptualism is] a book you’re going to want to carry around with you as you go about your daily business, being the most ambitious & serious account of the dynamics underlying emergent poetics in the United States I’ve encountered in years. In this sense, the little volume makes a big noise – it wants to stand on its own alongside Spring & All, Call Me Ishmael & more than a few volumes by my own age cohort. Specifically, it wants to place conceptual writing – including flarf & more than a few kinds of appropriative techniques – into a historical context that renders all that has come before obsolete & irrelevant. It may have cordial relations with other avant & post-avant projects over the past 50 years, but conceptualism (so framed, at least) also wants to consign them to the dustheap of history.

I reject “lie,” as it implies “truth.” As I have noted elsewhere, there is no possible truth, just things that could be true. That have an appearance of truth. This is not a rejection of empiricism as much as a concession of finitude. Thus, everything I say is true and not, false and not. There is no difference between stuff I make and stuff I take. 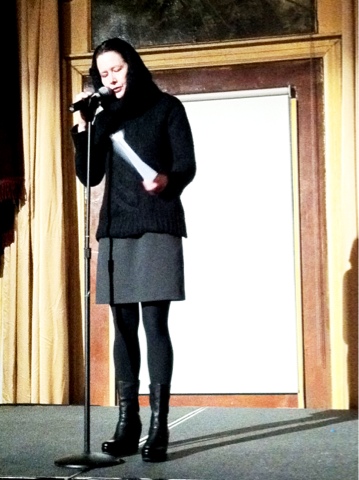 His snitch kept closer watch after that, playing fitful sentry, startling at silence, shaking at shadows. He made sure not to be in the chow line at the same time, or in the same part of that scrub they called the yard, still, it was too easy, his cellie was The Parrot, for his habit of squawking what was said and sitting on other men’s fingers.

— excerpt from The Gates

Time, like Number, like History, is Concept. Concept can either be or not be. Darboven meets Schopenhauer, Hegel, Sartre, Heine, Kant, and Kitsch at the place where mirrors face. Her work is terminal realism insofar as the mirror interrupts the real while being itself part of the refractured u reconstituted real.

VP: No floods & bursts, but crawling & crabbing, forwards, back & to the side. I work very slowly and with a jeweler’s eye. One great craft lesson I learned with Medusa was to set my screen margins to reflect an actual book page: there was a great deal of revision needed for the final to contain what had been in the larger/longer draft.

Vanessa Place’s La Medusa is a novel of a million brilliant suggestions about the mind and time and us. What seems impossible is that she is pulling ‘it’ off in this impressive tome that moves like traffic when you have gotten it impossibly incredibly right. No wrong moves here. We get home fast.”

Can a heart stink? Can a human heart, that quick and perfect root that lobs left to right from that first bolt of day to that last blank night, that lifts the lid that belies the breast in steady gentle sleep, that fuels the culpable dreams of maidens and the innocent slumber of felons, that ongoing going muscle that pounds strong in fear, strong in hate, strongest in righteous anger, that trembles only at love, undone by its best doing, that groans as it grows, by swelling, by joy, sir, and under grief’s ivory grip, that anchor-weighted memory that is Time’s light and careless thief, whose strings pluck and unpluck according to music unheard, that chamber pot in which each mortal measure tinkles and trills, yet remains a metronome, a human heart, sir, polestar of saints, censor of sinners, precious ruby, doting daughter, Duracell son, where seats the mystery of the mirror and the Making, or can this incandescence stink, sir?

While Johanna Drucker says that conceptualism has passed and Christian Bök points out that the corpse yet bleeds, I would like to confess to the greater crime-—or at least that is my ambition. And though hope, as we know, is a thug with feathers, it is my desire that poetry finally be put out of its misery.