The Girl on the Fridge by Etgar Karet has a blurb from Salman Rushdie on the cover which is major street cred with all of Rushdie’s hot ex-wives, leggy current girlfriends, not to mention the Rushdie sneer and the notorious fatwa, especially provocative in context, blurb on Israeli author’s book (this book translated from the Hebrew), book often about Arab/Israeli conflict, book often situations of paranoia, hidings, possible violence, also the cover a medical green/blue, but let’s return to contemporary Arab/Israeli situation possibly presented here as dreadfully fantastic, possibly absurdly horrific, possibly the hyperbole and horror of the prose/situation, warped looking glass, warped words, oh gods, just say it, OK possibly all Magical Realism, all creative counter-distortion, not here as detached, mystical, balloonish, Big Pictures KABAM!!, or/as magical at all/at all but or/as considered here by literary skill as true. 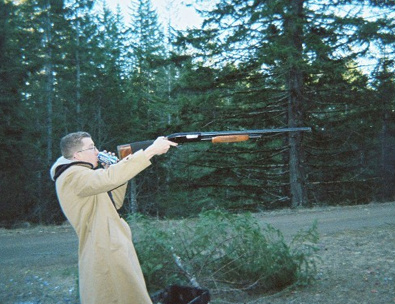 Kuhnhenn Blueberry Panty Dropper is one fruity beer. Those kind folks at Kuhnhenn Brewing Company used actual Michigan blueberries, I shit you not. This reminds me of a bar in Rhode Island where you can order beer with blueberries floating in the glass. Don’t do that. Only douches want fruit floating in their beer. So you want to start with the color? Fine, we’ll start with the color. Pours out a light pinkish purplish periwinkle saffron, with adjacent radiation regions of a dark European honey hue, flashes of chestnut and burgundy, coffee-like, Big Red in a glass. Oh, I’m fumbling a bit here. Not sure how to exactly pin down this hue. Have you ever seen the type of rust/blood stains a person will obtain on the fleshy parts of their palms while hand-drilling a water well (or even augering, sludging, or jetting)? Or like maybe the clouds of delicate almond petals you will see on windy days across the Island of Cyprus? Well, like that.

The cover says “Stories,” but that’s only because stories looks better. (BTW, the word novel looks a fuck-load better but they couldn’t stretch the truth that far.) The Girl on the Fridge is not so much short story, not so much flash, more Sudden Fictions, maybe 1,000-1, 1500 words I am guessing. Wait, wait, there is one flash. I’ll just re-type it here, possibly in violation of some ancient law:

When you have an asthma attack, you can’t breathe. When you can’t breathe, you can hardly talk. To make a sentence all you get is the air in your lungs. Which isn’t much. Three to six words, if that. You learn the value of words. You rummage through the jumble in your head. Choose the crucial ones—those cost you too. Let healthy people toss out whatever comes to mind, the way you throw out the garbage. When an asthmatic says “I love you,” and when an asthmatic says “I love you madly,” there’s a difference. The difference of a word. A word’s a lot. It could be stop, or inhaler. It could even be ambulance.

Very small bubbles in this beer. A good sign, lazy carbonation. Was the head pillowy? Depends how big your pillow.

I am not Israeli but I am also not stupid. I know the country is relatively small in area and huge in events. My point? A lot of NAMES in this book, places and people. I get the distinct feeling I am missing asides, allusions, jokes, but then indeed seriousness, weight. What do I do? Look up every proper noun on Google? Sure, I could (and did, some), but then I am wading through a book, not reading one, but maybe wading through a book is a good thing. Some do read fiction to learn about fact. The key question is: Do the stories hold up OUTSIDE the geopolitical context and/or referential condition? Most do.

With a tart smart blueberry cobbler flavor and a light malt spine, Kuhnhenn Blueberry Panty Dropper is very drinkable. Meaning I had 8 of them.

Why do most of Keret’s stories hold up OUTSIDE the geopolitical context and/or referential condition? Imagination. The magician who pulls out not the rabbit from the hat, but a bloody rabbit’s head. Then a dead baby. And then…

One story a guy’s wife Superglues herself to the ceiling. There is a backgammon monster. Grandmothers carry Uzis. One night all of the buses in the city die. Did I mention the girl on the fridge?

Folks, magical realism sucks unless the magic is truly magical. To put it plainly: I want my words ensorcelled. You’re talking that nuanced land between solemnity and play, narrative authority off cultural authority, the land of metaphor yet concrete wall. (This is why MR is a tough thing to get right.) Etgar Keret does, at times, stray. He will start an idea, let the imagination unravel, and then leave the strands in the air, or slice them down with an abrupt, unsatisfactory end—but not very often.  Often he is spot on. Often the concept is clever, and then ramps up past clever—rabbit, rabbit head, dead baby—into something far graver, into really what I think of as Magical Realism, something to say.

And I will now go pick glass from grass. What does that mean? It means, when thrown at barn doors, Kuhnhenn Blueberry Panty Dropper makes a BWACK! sound. Then a SPISH! It’s a fun beer. And can cut you.