Phone is ringing, oh my gawd, it’s a giveaway

Telephone is a new journal. Here’s their introduction:

The first issue features poems by Uljana Wolf which are translated by Mary Jo Bang, Christian Hawkey, Susan Bernofsky and more (a damn impressive list; that “more” doesn’t mean “friends of the publisher”). They all translate the same poems, so you can contrast and compare (samples here).

Paul Legault and the editorial crew of Telephone are offering 5 copies of this first issue to htmlgiant readers with a contest. Here’s the game, according to Paul:

I think it would be a good idea to get people to mis/un/dis-translate Alexander Graham Bell’s first telephone message:

‎“Watson, come here! I want to see you!”

And give 5 books to the best five, as judged by the editors.

I take that to mean: translate Bell’s first message any way you want. Do it in Spanish or Klingon or English or whatever. Translation is hip, as Lord Buckley showed Groucho Marx. **UPDATE: Entries must be posted by 12pm Eastern on Friday the 17th.**

And set your cell to vibrate this Friday at their release party:

Freaking NYC man. This looks like a great reading. 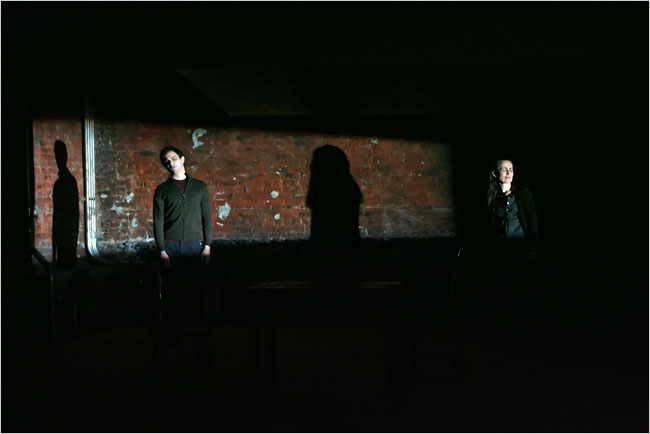