I was born at a Seattle Washington hospital in December of the year 1987, to my mother, Julia, and father, William. My mother was math and science teacher. My father was a mechanical engineer for an airplane manufacturer.

END_OF_DOCUMENT_TOKEN_TO_BE_REPLACED She gave me a copy of her new book Loving the Ocean Won’t Keep it From Killing You on Hello America press. It’s a small paperback with a sleek typographic cover. I had met Rachel previously–when we shared Adam Humphrey’s video production help two summers ago–so I knew there was something worth paying attention to inside the cover. Rachel is a driven, focused writer-artist and who is also fun to be around. We smoked cigarettes together. We went to the deli across the street. END_OF_DOCUMENT_TOKEN_TO_BE_REPLACED

Comments Off on Marina Started to Wish: Rachel Bell’s Loving the Ocean Won’t Keep It from Killing You
April 25th, 2017 / 11:22 am
Erik Stinson

END_OF_DOCUMENT_TOKEN_TO_BE_REPLACED

In the USA, the political left survives not on the wages of raw fear and liquid capital but on a pleasant wealth of public imagination that must be constantly updated to reflect changing political and economic circumstances. It is a mild sort of collective futurism with very murky outlines that propels everything from political art to individual vocation to government legislation.

END_OF_DOCUMENT_TOKEN_TO_BE_REPLACED

Something like a literature of the web was born and then almost immediately died, along with the most ambitious social lives traversing our generation – the last generation to experience the world before pervasive digital media. Blogs (Gawker, Hipster Runoff, HTMLGIANT(?)) were like… this thing that happened and then became either institutional, irrelevant, or crushed by political detractors. Comments sections became essential and then as quickly: perverse, violent. At some point, Pitchfork became Pitchfork. Reification.  END_OF_DOCUMENT_TOKEN_TO_BE_REPLACED This is a classic dive with a suspicious Canadian theme. It sits across from a very fine Indian restaurant (fare of the northwestern subcontinent) on a long stretch of Grand Street in East Williamsburg, with many other bars–dives and otherwise. My normal procedure here is to drink a lot of whiskey sodas and say some friendly things to whomever is around. When I first moved to New York my colleague Bobo encouraged me to go to Ontario Bar, I think because it had more of a cozy neighborhood vibe (at the time) than places nearer to Bedford Avenue. He could sense that I missed smaller-city dives? In addition to serving other bartenders, staff are known to be friendly to dull-eyed, lonely men who work in production and creative services. It’s not a bad business model in Williamsburg. I once heard a bartender complain that she only makes money between the hours of three and four. Close later and change the whole experience of the night. END_OF_DOCUMENT_TOKEN_TO_BE_REPLACED

Service and Disservice – An Interview with Julia Phillips

I met Julia Phillips several years ago via the tangled web of my polite, friendly, professional Brooklyn-based friends. She was a big part of editing my 2015 book, Popular Photo. Julia is a fiction and nonfiction contributor (respectively) to Glimmer Train, The Antioch Review, The Toast, Brooklyn Volume 1, Buzzfeed, Jezebel, The Rumpus, Slate, The Cut and The Awl,  to a few. I admire her ability to bring immediacy to (somewhat? very?) remote subject matter and her descriptions of the narrative approach to specific people, places, characters, communities. Read more from her via Twitter at @jkbphillips. We conducted this interview using email. My questions in bold. END_OF_DOCUMENT_TOKEN_TO_BE_REPLACED All images created and owned by Tim Wistrom 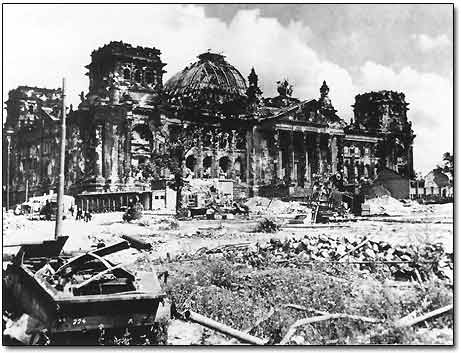 A Corporate Theory of Literature

The following writing was rejected, in June 2014, from an internal essay competition held by the company I work for. The prompt was: is a well rounded education valuable? Discuss. The company I work for is a large conglomerate that owns brand consulting shops, media buying groups, and advertising agencies. The essay is based on a manifesto I wrote in 2011, which appeared on the artist Tom Moody’s blog, and based in-part on the views of middle class creative theorist Slash Lovering.