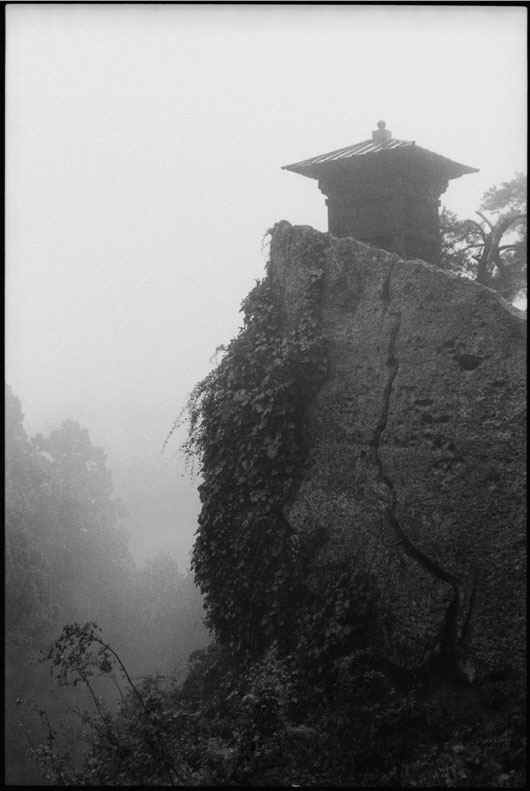 Do you know what "wabi-sabi" means? Why didn't you look it up? You'll like the poem better if you look it up. Take a minute. We'll wait here.

THE Q&A BEGINS WITH US TRYING TO MAKE TIME TO DO THE Q&A. WE DESCRIBE OUR OFFICES TO EACH OTHER:

JUSTIN: Yes, Monday–and now Wednesday. I’m here in my little windowless office in the basement of the English hall at Rutgers. Too bad too, since it’s warmer than it’s been in weeks and the sun through the tall bare trees makes the whole quad look like it’s overlaid with some sort of endless, indecipherable schematic. Which, I guess, in a sense it has.

I’ll try and send you some questions this weekend.

ALEXIS: It’s so beautiful in Florida right now. My office is windowless, too, but our campus is on Sarasota Bay, so I can take off my shoes and meander in the shallows when I get claustrophobic. Or just sit. Talk about schematics–the way the sun shatters the bay into a zillion particles. My dog shakes with excitement every time she sees it.
Weekend, yes.

ON THE WEEKEND, THE Q&A ACTUALLY HAPPENS.

JT: So correct me if I’m mistaken, but I thought I remember hearing that this book was a sort of commissioned project. Is that true?

AO: Yes! Matt Hart got in touch one day—he and Eric Appleby had published two of my poems in Forklift, Ohio a few months before—and said something like, Hey, do you want to write a chapbook just for us? I’d been thinking about these characters called Illuminators, and Matt’s challenge gave me an arena in which to wrestle with these buggers.

Related question—how did that impact your writing process?

I love a challenge. I love assignments. So this worked really well for me. I also felt honored that an editor called me up and asked me to do this, especially one whose own poems I really admire, so I guess I felt a sense of urgency that I may not have felt otherwise. To any other editors or collaborators out there: I’m game!

In a poem called “Keeping Up with the Joneses,” you write that “poems are paroxysms.” Are you describing your own experience of writing, here, or the experience you intend for a reader? Or both or neither?

I think I’m talking both about the experience of reading and of writing a poem. Dickinson, of course, said it best when she wrote, “If I feel physically as if the top of my head were taken off, I know that is poetry.” I like the violent expression of language, to feel it while writing and to catch glimpses of it in other poems. There’s a danger to paroxysm that I’m drawn to. That said, I like quiet things too. Ani DiFranco has this great line concerning how people talk about her image, “like what I happen to be wearing the day that someone takes a picture is my new statement for all of womankind.” So, no, I’m not making a life long thesis statement.

Illuminatrix has three epigraphs, one each from Lucretius, Dean Young, and Courtney Love. Do you have a favorite Dean Young poem, or book?

I do have some Dean Young faves. “Sunflower” knocks my socks off. I have students read it all the time. I like the self-invocation, the meandering-but-not, how it pays homage to Breton and Marvell while doing such a modern activity as vacuum cleaning. Plus I think there’s some gender stuff going on. But, I have to say, when Primitive Mentor came out last year, I was blown away. Talk about paroxysms. Especially Section 4, brilliant and heartfelt stuff.

There’s also some Empedocles in Illuminatrix. You’ve got a sort of Ancient Greeks thing happening, it seems. Is that specific to this book, or is it an ongoing interest of yours? What draws you to these guys / this era?

Here’s what happened. I was thinking about these Illuminator characters and, hence, light and theories of light. I read somewhere that Empedocles believed that Aphrodite placed a ball of fire in the human eye that enabled sight. His cosmogony is, I think, the first to delineate the four elements. He also believed that Love and Strife balanced everything out. But back to light. He wrote this On Nature (which we only have pieces of), and the later Roman philosopher Lucretius also wrote a book with a similar title, which is not uncommon for ancient thinkers, I’m told. But both guys have much to say about the way humans experience light, and I found that interesting to the project. I’m not generally sitting around reading the ancients, but after Illuminatrix I feel like I should be.

Related question, do you also think that maybe—just maybe—Courtney’s got one really amazing album in her? Like, if she either really gets her shit together or else totally finishes the job of losing it?

Ahhhh, I don’t know. It’s all been so downhill since Live Through This and one or two later songs. If she’d just strip it down again, maybe even sit in a room by herself with an acoustic guitar, maybe we’d hear some of that old spark.

Your bio says you’re the assistant director of the Writing Resource Center at New College of Florida. In a previous version of this question, which has since been revised and partially redacted, I made it glaringly obvious that I have no idea what the WRC is. But when I was in high school (in Miami) I used to dream about going to New College because I had read they didn’t have grades there. How long have you been at New College, and/or in Florida?

The Writing Resource Center is a peer tutoring center designed primarily, though not exclusively, to help students with their academic writing. New College doesn’t have an undergrad creative writing program, though we do have a visiting writer-in-residence every spring. This year it’s Sandy Florian. I graduated from New College about 10 years ago, went out into the world, and returned last September. Weird.

You are helping with the re-launch of New Collage—the venerable and soon-to-be-no-longer-defunct journal of New College. How’s that going? When can the world expect to see an issue?

I’m teaching it as a class! We’re reading all kinds of craft essays and random poems on top of planning the re-launch. And we’re blogging about it at joiningtheconversation.wordpress.com. I’m having fun. I hope my students are, too. I’m filling their heads with all sorts of grandiose ideas. The world can expect to see our first issue by the end of the semester if all goes relatively smoothly.

Speaking of things the world expects/hopes to see in the future, what are you working on now?

I’ve got a couple of manuscripts I’m shopping around. They’re called In the Great Tradition of Highway Angeles and The Trusting, The Stupid, The Dead. (Is it true that you’re not supposed to italicize titles that haven’t been published yet?) [I HOPE NOT. – JT] And I just went through my files and found 100 pages of poems NOT in manuscripts, about half of which there’s a chance I’ll want. I’m looking forward to messing around with those poems. I’ve also been trying to hammer out a series of poems about memory and loss-of-memory and fear-of-losing-memory, but that’s a hard one.

If we give you to the laughing witch,

she will keep you for a week, fly you,

on her broom, dropping stardust on the world.

for a year in a cave, no fire, no sunrise.

And you will grow hard.

If we keep you for ourselves, we’ll have you

forevermore under the blinding

light of the morning star.-

– from the title poem