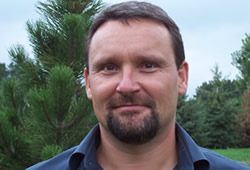 Like A.S. King, who I wrote about last week, Scott Wrobel’s online fiction moved me to contact him to say, “I really love your stories.” Certain writers evoke such compassion from me that it is a “love” that I feel as opposed to a drier kind of admiration or a gleeful joy. I appreciate the many different experiences that fiction can offer me, but it is possible that the feeling I most desire is that deep sort of compassion that Wrobel brings out in my reading experience. In his story “Peckers” in Night Train, his characters try so hard to make everything OK, truly wish for everything to be OK, but of course it’s not possible. He has equally hilarious and soulful work on Identity Theory and The Rake and elsewhere. His humor is meaningful in that it is a necessary tool in handling the pain and sorrow that take up quite a bit of our short time on this planet. I love his depth – I love his bravery. Check out his website here for more links and enjoy the opening to “Peckers” after the jump:

Lately, my fifth-grade son has been drawing boobs and peckers on his class assignments. My wife Susie brings home one of Danny’s construction paper artworks with a Post-It Note from the teacher attached that says, “Please re-enforce the message that this imagery is inappropriate.” The imagery appears to be a set of testicles with a giant phallus pointing straight down. I could argue to Mrs. Peterson that an archetype is working through Danny, but I don’t. One of my work-crews roofed her house last summer. Instead, I write on the return-note, “Sure, okay,” because Susie says she can’t deal with this embarrassment. She volunteers in Danny’s class on Tuesdays. Danny says the picture is of a coyote riding a unicycle.

“Do you really think it’s a unicycle?” Susie says in bed that night. She’s reading a book called Easy Scrapbooking: the Complete Guide to Super Scrapbooking in Just 10 Minutes a Day while I’m trying to pretend I’m sleeping so I can get back up once Susie is asleep and have a cocktail on the deck and listen to the coyotes at the edge of the development.

“Where is he getting these behaviors?” she says.

“Not from me,” I say. “I don’t even have a nudie magazine in the house. I can’t even remember what my balls look like.”