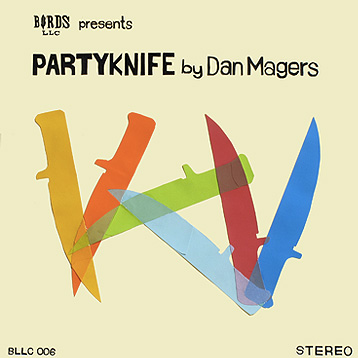 And here’s a poem that we talk about a lot in the following interview:

Smart people just want to talk about how smart Cecilia is.
I’m doing it right now.

I was invited to Richard Tuttle’s house,

and I thought I’d go there and see a piece of paper on the floor,
and they’d be like “Don’t touch that,
that’s called The Volition of Myth.”

I’m Lost in the Jungle of My Soul

Now My Band Will Fuck You

And here’s the following interview.

This poem, “Cecilia’s here” — I heard you start the reading at the Cakeshop release party with that.

Actually I think this happened when we read together in Philly?

Oh maybe. Anyway, I didn’t realize it was a poem. I thought you were sort of toasting your friend Cecilia, who must have been in the room somewhere.

That was intentional. I think I saw Matvei Yankelevich do that at a poetry reading a long time ago, where he came up to the podium and started bantering, and then suddenly people realized he was already reciting the poem. It really opened up the space between speaker and audience.

I think when you and I met after the reading, you even asked me, “Is Cecilia really here?” which I took to be the most gratifying compliment of all.

Where is “here” in the poem?

It’s an interesting question, because I think of the technique as more of a reading-out-loud thing, less the context of the poem on the page. On the page, I guess I wanted to give the poem (the first in Partyknife) a sense of beginning in media res.

I love how you move from talking about Cecilia to going to a party, to making what I think to be a moody pronouncement of the way you feel: “I’m Lost in the Jungle of My Soul.” One of the things that your poems do is make fast moves. They’re like a collection of witticisms and subtle, cryptic observations. Were all these poems composed as such a collection, or was it more like you would come up with a thing, a nugget, and then find a place in a poem to put it in?

The composition of the poems was through collage, though from the very beginning I felt like there was some sort of intuitive fiber guiding how they hold together which I still can’t quite describe. A poem was completed to me if I could see a whole emotional trajectory moving through the poem, and if I read it scores of times without changing it. A lot of the poems have dozens of earlier permutations; some (particularly the first ones written) were more or less composed in one try.

I guess what I’m asking is, do you see these poems as modular things, and how do the lines relate to the context of the other lines?

I think different readers can see them as either, and maybe both in the same poem. I think it can be pretty fluid.

All the nuggets seem meaningful, inasmuch as you say in the next poem, “Meaning contains a glancing similarity / to what is happening to” you. That’s such a brilliant line. How concerned are you with conveying things through your poetry?

When he was reviewing the novel Luminarium, Justin Taylor wrote something that I really liked, saying the book “is one of those books that is not shy about being about what it’s about.”

I feel like the writing in Partyknife conveys things pretty directly, and I avoided being “poemy,” if that makes sense. At the same time, I guess all the quick jumps have a discombobulating effect.

I guess I don’t know what “poemy” poems are, but I figure they are things that mediate themselves behind the artifice of poetry? Yours don’t do that. That’s one of the best things about your book, is it changes what poetry is. It makes poems in a new way, through the combination of your process and your interests and your clever curating.

But what do you think of R. M. O’Brien’s charge, that the good poets today are embarrassed about poetry? As a cool guy with a great book of poems that claim not to be “poemy,” does poetry embarrass you?

Yeah, I guess I should be careful I don’t use the adjective “poemy” as a straw man. I’m not embarrassed by poetry. I think about it on a daily, if not hourly, basis (probably also when I’m asleep). O’Brien makes a really interesting point, and I hope I can chat with him about it. If I understand correctly, he’s saying that good poets are writing in a distanced, cool-type style that masks an embarrassment about the existence of the very writing coolness is conveyed in.

There is a lot to unpack there, but I think it is always the case that ambitious writers and artists will see limitations of the present conditions of their medium, not just in poetry. I’m not sure if poets feel that more acutely. I think it can be a challenge for someone deeply familiar with contemporary poetry to discuss it with people who aren’t (ie everyone). And I think it’s also the case most, and maybe nearly all contemporary poetry is specialized in such a way that it’s going to resist the cursory attention that most non-poetry readers will give to it, and maybe also resist even more attentive readers. So, but, then is contemporary poetry failing the world somehow?

Because it’s not doing for everyone what it’s doing for you and me? That’s a lot of pressure to put on contemporary poetry. I do think a lot about how to grow the readership of poetry, and it can be frustrating to encounter perceptions about poetry from even really well-read people.

I think that since poetry has such a niche readership; since poets don’t have to buy expensive materials (like paint, cameras, film); and since poets don’t have to collaborate with others (like in filmmaking), I think we can experiment in ways that would be unacceptable in more popular media like photography or film. I think that’s a good thing, but I guess it can create an insularity. But maybe it is the insularity that goes on when a bunch of geotechnical engineers get together to talk about slope stability.

What was the last thought you had about poetry?

Are you now, or were you ever in a band?

I was briefly in a band with my friend Matt Bollinger (who did the cover of Partyknife and is a fantastic artist) when we were in high school. As a band name, we alternated between the Warholian-sounding Dead Purple Twice and the, uh, Warholian-sounding Green Plastic Death. I was the drummer, but I could only play when I was at his house, since I didn’t own drums myself. We made some songs, but mostly we just got mad at each other and eventually stopped.

What do bands mean to you?

I’m interested in the idea of group identity. Group dynamics is really interesting too, how influence is not always doled out equally.

Did this happen to you? (you can say no): you were in high school, listening to, what, Trompe le Monde or Kill Uncle and people referred to pop music, were you like, “Well, the Pixies aren’t pop”? And then later you realized “pop culture” as a term was actually complex and difficult to understand?

I remember reading a bunch of the poems in your book in a H_NGM_N chapbook a year ago or so. How did you get hooked up with Birds and how did you expand it into a whole book?

Yes, most of poems from White-Collar Worker: I am a Destiny are also in Partyknife. I was continuing to write these poems, and I think after a while I realized that the former title was no longer really containing all the different things that were happening in the poems.

Sampson Starkweather had been reading different versions of my manuscripts for a few years, even before he co-founded Birds, LLC. I don’t think either of us had a sense that he wanted to publish my work for a long time, and then gradually I think both of us had the sense that might be viable.

Then a press offered to publish my manuscript, and I asked Sam pointedly, “Do you want to do this?” because I thought Birds and I had a similar aesthetic and I knew they would put a lot of care into the publication of the book. He gave it to the other editors – Justin Marks, Dan Boehl, Matt Rasmussen, and Chris Tonelli – and thankfully, they all loved it. All of them contributed greatly with editing. They all went above and beyond what most presses do in terms of editing, marketing, and publicizing.

What does poetry do in and to the world?

It might be better to be mindful of what does poetry do to the writer writing it, and what it does to the reader reading it. And it would all be case by case, since everyone is different. I’m minimizing the scope here, but the impact a poem has on a writer or reader can be seismic. Or miniscule. It’s all good.

How does it feel to be called “the smartest, funnest poet since Ogden Nash”? Would you prefer “Ogden Nash for a post C++ world”?

This makes me happy and slightly confused.