Sometimes I turn on one of the local Western Massachusetts channels and there is a commercial to promote the news. You see an anchor, then the anchor’s name, then the anchor talking in earnest about their roots in the area. “I’m Slop Slowdorf,” they might say. “I renewed my wedding vows at the Dr. Seuss Memorial. The Slowdorfs have lived in Springfield for six generations. How lucky am I to live and work in the same town where I grew up?” And watching this commercial I grow terrified and throw soup at the television.

If I lived and worked in the town I grew up in, I would invite a power drill into my face. One drill I do enjoy is the ear wax drill. Certified nurses flush out impacted wax with a high-powered water cannon, and there is an amazing feeling of relief, though the nurses tend to exhibit feelings of obligation. Some people have very small ear canals and this leads to periodic hearing loss. I thought about writing this post in third person so you’d only be able to suspect, not confirm, that I was talking about myself, but then I realized that was stupid. I thought about writing a story about the experience of getting your ear canals cleaned, maybe a very poker-faced AM Homes story, then I realized that would be narcissistic. 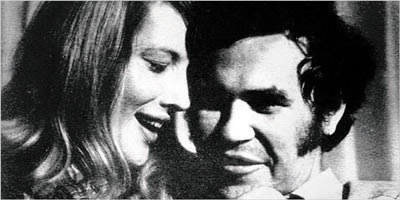 Besides, Raymond Carver already wrote the quintessential ear wax story, which if you think about it is the quintessential Raymond Carver topic. So instead I just searched on the internet for other peoples’ ear flushing testimony. People on message boards with ear wax issues seem very compassionate with each other. It’s inspiring. For bonus interaction opportunities, Google the title of this post. One message board woman raved about the pleasure of her nurse removing a piece of wax the size of a large raisin. Maybe finding these message board people is an update to what Frank O’Hara said about realizing he didn’t need to write poems when he could just pick up the telephone. The other night I read a story in the book Floodmarkers by Nic Brown where someone works in a hot dog factory. The story keeps mentioning everything that falls on the floor as “animal byproduct.” E.g. “Then I slipped on some animal byproduct.” People Magazine says it’s charming when George Clooney ducks compliments, but my girlfriend scolds me for doing this. Do you know about urban foraging? Many of the weeds you see along the sidewalk are edible. Once I was handed some brand of dandelion that tasted like a raspberry. The Earth has a lot of byproducts, and some people go out of their way to name them. Why should we care about our news anchors living in one place for a long time if we can’t remember last week’s news?

When my ears get really bad, I feel as though important people such as girlfriends are going to say important things to me, but I will be unable to hear them what for blockage. For some reason I don’t worry about this at other times, which shows a poor command of odds. Maybe I should train to be a nurse just so I can have perpetual access to one of those drills. Water comes out of these drills in a spiraled fashion. Unless I can’t hear you, or I am terrified, it’s hard to actually take what you’re saying all that seriously. I try to remember this when I am writing a story. Sometimes you’re on a plane and the plane is crashing, but it’s taking its sweet time, and then the stranger next to you starts to tell you about their birthday party. I know you might know what song I stole that from, so I thought about changing “plane” to “train,” but for some reason I felt obligated to tell you the truth. I think this feeling is also the reason we move to many strange towns.