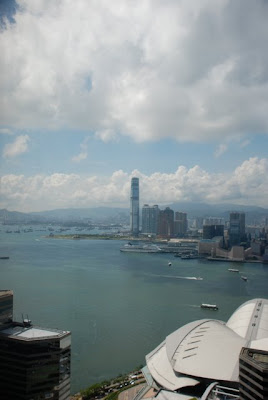 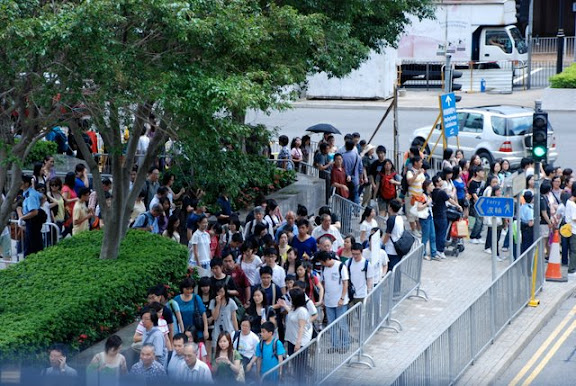 This was part of the line to get in. It went around the block, up some stairs, through this building, over an outdoor covered walkway, and into the IFC tower, where I was coming from. (There’s a public viewing area with a 360 degree view of the city on a floor somewhere in the 40’s of the tower. I shot a few dozen amazing pictures of buildings and the skyline, but that’s a different post.) The point is: the book fair was huge news here in Hong Kong. 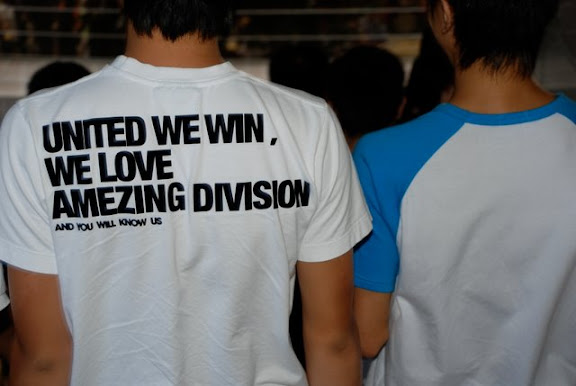 Weird English psuedo-sayings are another topic worthy of their own whole post some other time, but this winner was on the stairs in front of me and Andrew when we were in line to get in. 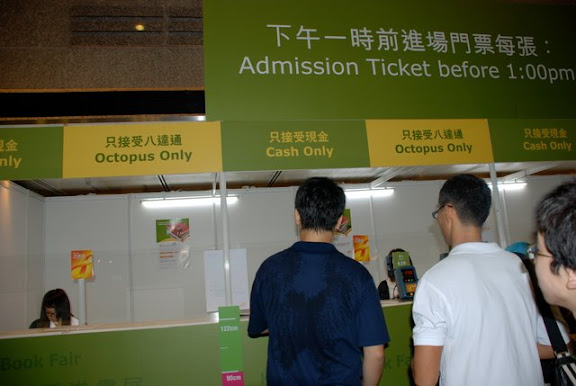 Admission was cheaper earlier in the day. Octopus, btw, is the name of this declining balance card that’s widely used here. It’s like a subway pass, except the money you load onto it is good all over the place- on the MTR (that’s the HK subway), on the public buses, on the ding-ding (trolley), at many stores, and apparently here too. Though wouldn’t it be awesome if that sign meant they accepted octopi as payment for entry? Or perhaps that those are the Svalina/Schmoburg VIP lines. 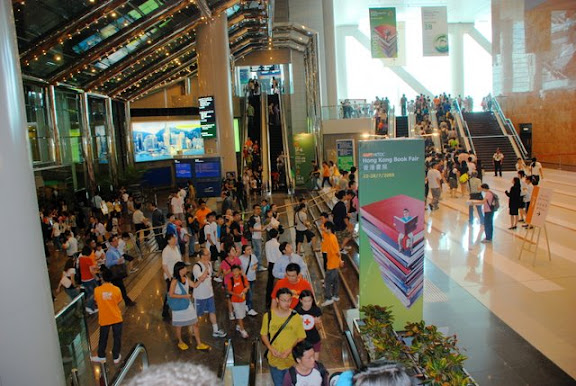 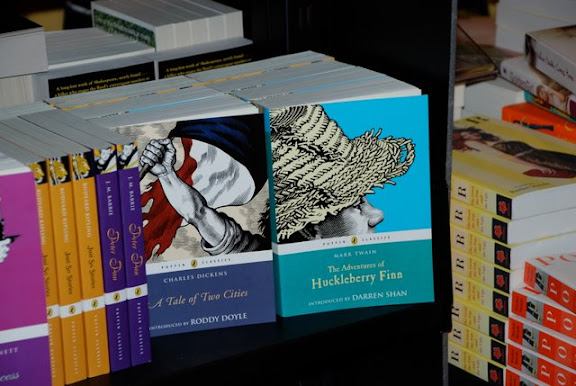 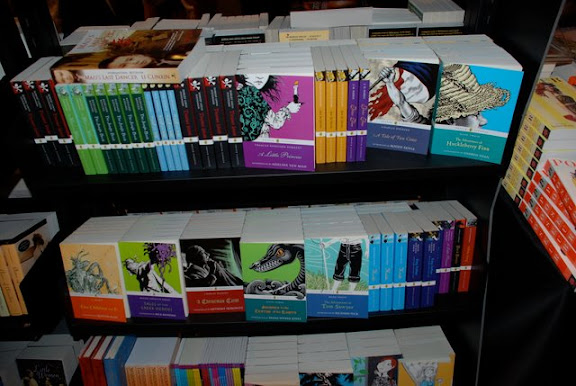 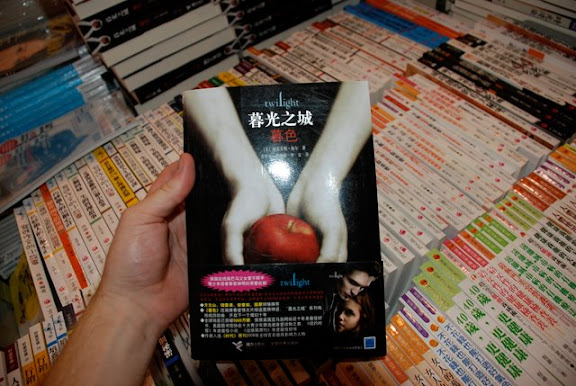 Yup, even here: Twilight. I was sad, too. 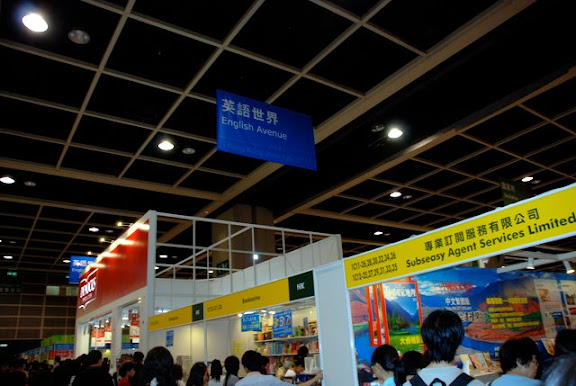 The fair was several floors, with a lot of specialty sections. Unable to make heads or tails of all the bright unreadable glossy signs, I made my way over to English Avenue. 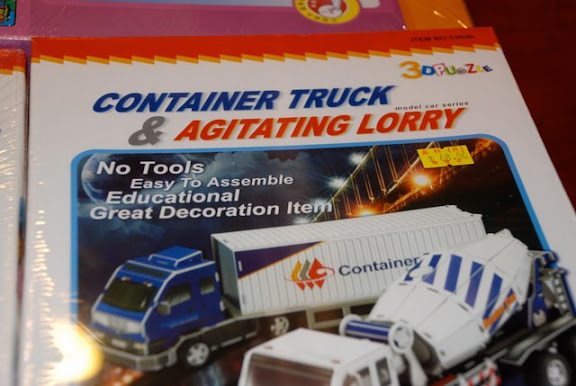 How bad did I want this toy? Yup, that bad. 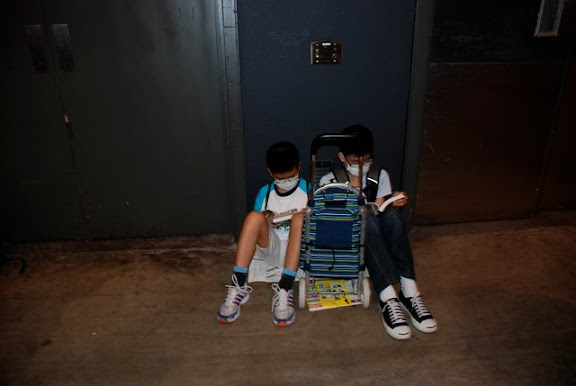 Masked children on a reading break. 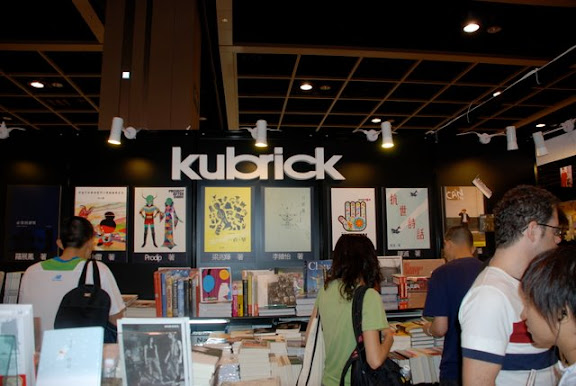 Kubrick is some sort of HK-based book store and/or art press. It was probably the coolest thing I saw at the fair. 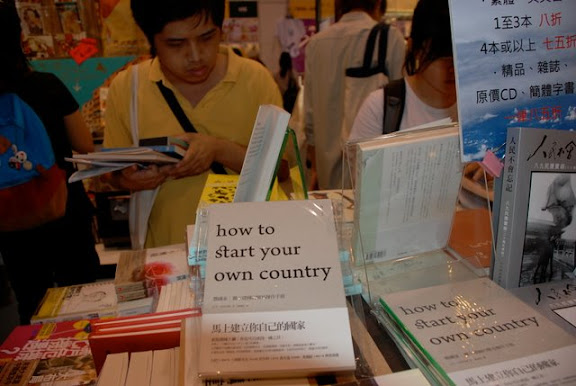 Too bad the only part of this in English is its title. There were some diagrams about how to design a flag that seemed helpful, but not helpful enough to close the sale. 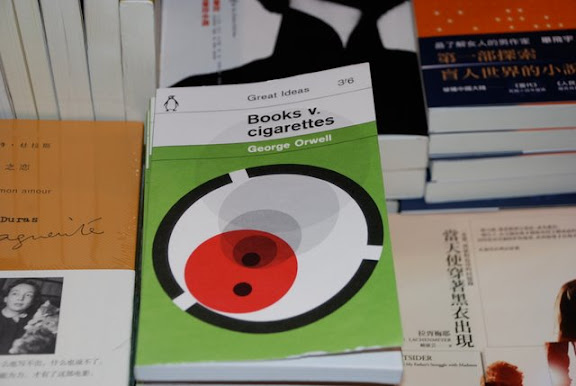 Not sure if this is  UK-exclusive edition of Orwell in the Great Ideas series (also Penguin/Puffin) but I’ve never seen a copy of it in the states. 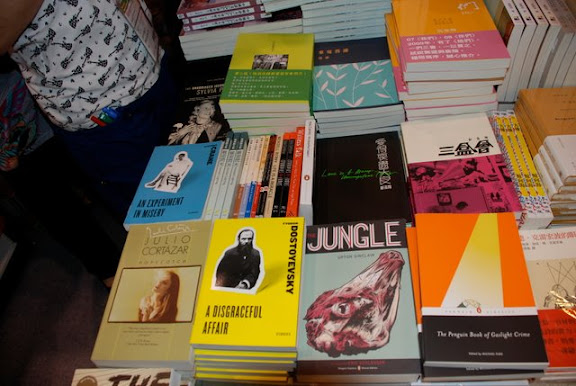 These are American editions, mostly of HarperCollins titles. That blue guy on the left side is the Stephen Crane book with the Dennis Cooper story included at the back as a bonus. Not sure who’s the bonus on the Dostoyevsky. Below the Crane is a Cortazar, and below that off-screen is Savage Detectives. So I guess now you have some sense of what an English-friendly bookstore/press at the HK book fair puts out to try and catch some eyes. 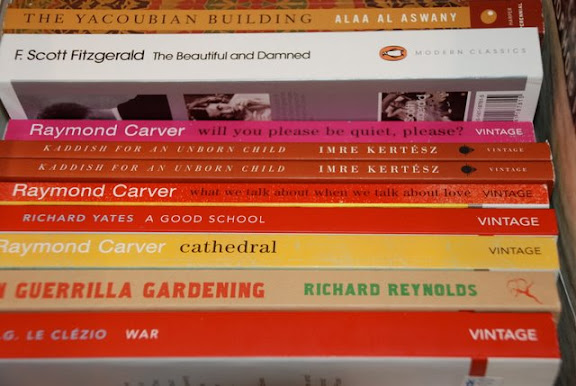 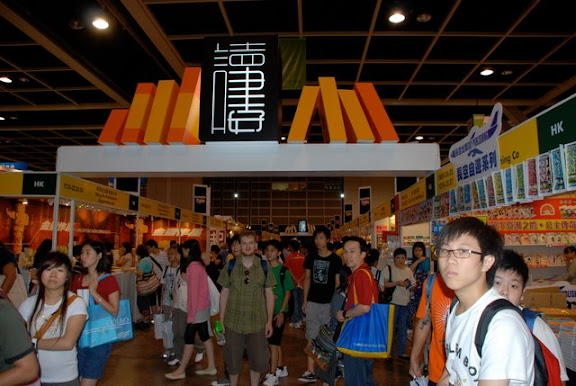 Hey, there’s our man in action!