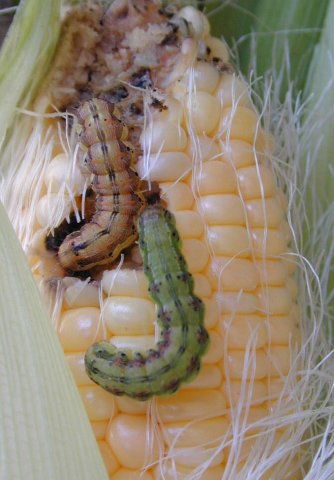 What’s nifty about earworms is that they’re lodged inside of you because they found something to feed on. I’m pushing the metaphor biological, sure. Thinking more of an “ear parasite.” But what if things burrow into us because we’re somehow fertile for them? In ways we aren’t really aware of? What if we’re drawn when we’re drawn not because of what we want, but because beauty is looking for a brain to eat? I was going to get even more ridiculous and talk about dentistry, but I should probably just shut up and tell you the point: Jordan Stempleman’s poetry gets stuck in my head.

Here are the main Stempleman lines that duck into my ticker feed now and again, from a poem in Alice Blue 10:  “No matter who / takes over the world, // they will build / within us one stiff // twin called astonishment, / unable to ever unlive.” It’s easy in a Stockholm Syndrome kind of way to mistake the language that’s taken your brain hostage for wisdom, and I am probably guilty of throwing out these Stempleman lines at certain points in conversations to explain things that they don’t really explain. Once, for instance, I was trying really hard to explain why I wouldn’t want McDonalds to have never existed, even with all the gnarly fuckage they’ve wrought, because those arches in the night are their own feeling. Kind of a weak stance, yeah. And it’s unfair of me to enlist Stempleman’s lines to help. So here’s my fresh solution: get a bunch of other Stempleman lines stuck in my head, namely ones from his book Doubled Over, which I just read. First, I will give you a batch of these lines, and then I will minx around why I like Stempleman’s poetry so much with a bunch of imagistic, associative bullshit.

LINE WORMS FROM DOUBLED OVER BY JORDAN STEMPLEMAN:

“There are flowers where there shouldn’t be. They mean / what we don’t remember, they’ll get away with what they can.”

“Let all belief act up and seem hopelessly / steady before any blue, and out of control / fire.”

“I was ashamed of the separation, / but then I wrote NIGEL on my face /and walked right out of the store, / assured that what I saw in the parking lot / was really going to take me home.”

“Changing the fixtures / means facing the dead insects in the dark.”

IMAGISTIC, ASSOCIATIVE BULLSHIT ON WHY I LIKE THIS GUY’S POETRY:

This guy’s poetry reminds me of being your own trust fall partner. A blindfolded magician’s assistant. Someone who figured out all the magician’s tricks from watching the tapes in slow motion, but is too shy to trick anyone else, so they start a business making fake knives. Someone who sees trapeze nets where none exist. A balloon maker downtown whose fever is so bad he can’t tie the balloons right, so he gives up and walks around shaking hands. It’s funny that most of these are imaginary people, but I guess that’s what the poems remind me of: imagining you’re actually a person, instead of a camera or an apology. The word “OK” as a beatific phrase. Two-armed Crispin Glover in Hot Tub Time Machine. Well, the idea of two-armed Cripsin Glover’s character, anyway. That endlessly stupid and holy goal of being impressed by the consistency of what we tread upon, as if we were to spend our whole lives confirming the mattress of our life. The idea of the weather being run by someone who’s trying very hard to be faithful to the weather suggestion box—only they suck. It’s inevitable. Even good weather—and think of how hard that is!—hardly gets called more than “nice.”

I don’t want to be put in charge of anything above a certain level. Rather I’d like to be fully in tune with my accostment, wherever it’s coming from, whether it’s raining down or grabbing my ankles, and I think there are certain things that help me with that tune. Stempleman’s book, for example, is a squatter. But I’m sure as hell not going to charge it rent, if you know what I mean.