or: a grassroots movement to change the name ‘monarch butterflies’ to ‘oligarchs’

The problem with art is, it leads you to likeminded people & then the whole thing loses meaning. So you either do or do not do that thing you did anymore. Or else you show off, of course. So much so, it becomes very like a skill. Or a disease: a dead skull: a map of the entire human face everything could be by way of analogy everything is all like (o!) so terrible & all you have to do is read the garbage to know that it’s more than a little unbearable & also how little we know! that to be optimistic requires a very real amount of nihevetay which is also (coincidentally) completely realistic & generally preferred among(st) the general populous — but since when have They been right about basically anything (the answer is no, that has not ever happened)

everything is pretty analogous
these days, and falls in on itself

according to national geographic, i need to go to sleep, but also this other thing happened.

this one woman is the last remaining speaker of wintu, once spoken by those living around the lake shasta, a place i once went with an ex with the kind of eczema you cannot solve; it was tragic the way she carried it around like a scar, which i guess it was, and also “my vagina is a closed circuit television
but how can one question with a period.”

and a plethora of testicles
try mutually to explode

the novel of the future will
probably be as corny today

as turds of the middle west
before the drought

punctuation is just a way of pointing,
some do, others not

others still extend an open palm
and also

a curve ball is a kind of
fist, a lump of paint
clay

is canvas not a kind of
bucket, smashed in to
two dimensions I just (a few months ago) found out that Conrad Keely lived in my house and composed the titular …and you will know us by the trail of dead in the place behind mine, their practice space. They are old now and I just thought you should know that my neighbor has chickens more famous than me or probably you. My old roommate has a record coming out on their producer’s new label, and I used to root around with one of their sister-in-laws. When I moved to San Francisco she gifted me a set of juggling balls. So it’s a little weird being here and sometimes thinking about that. My kitten thinks music is not nearly as cool as birdshit. He studies them as if they contained some secret code arching back to a time before feelings, a land before time, a map of its migratory routes and musical scores to accompany their descent. I would like to make him a circus cat

did you ever come home from a place you want to know to a place you don’t love to a thing you did lying dead in the bath tub with a lot of blood leaking out his mouth and later you have to bathe in the tub near the stain he fittingly left in the porcelain or whatever and your head went down below the water and tears ran from your eyes filling the tub just a little bit, about as much as he was for the earth was his awesome stance and glare at whatever he was the best

which puts me in mind of what a student said to me today, one I’ll tell about later
when he asked me if this was a dream and I told him he might be having dayjah vou and
he said what is that, and when I told him he said but I don’t remember you

according to national geographic
language has something to do with land

punctuation is an island
exclamation, an uppercut!

ahh is something you could consider to say, as if that were a thing you did just then, but you could also just not and it’s like, i don’t actually know and probably never will, because a will is a way of being and i don’t kn0 my friend just buried his cat in a park and placed an indigenous plant with flowers the color of his blazing ginger fur on the place where he lay in the ground in the park in the dead ring of mulch from redwoods they say never saw this kind of heat, clustered around a proud young oak with a buck’s way of leaning, did you get that, his name was william and what did i just say

a question that doesn’t need be asked

nor do i thin k it matters
whether a k sound is a k, or a c

in either state where
nothing sounds like it is

the wizard of oz was about
socialism in america

sometimes a kitten is called like a
cat or person is called, the same

of course it matters
it is a matter of respect

and what is wrong with that
some would say a lot

but some would say some of those
& others don’t know a lot, or may be O bay be
do you want me to spill it out for you?

how a bout in go down moses (at the be ginning) when
the I. is both any 1 and I, which are the same, and
two is both he and ‘we’ implicitly secondly and then cass
who is but a person of nine and three or also four are but
variations on a theme which is of course vague
pronoun reference and a mystery (vague being
wave) of identity, which is of course
who is moses and why

why the “wh” questions
whill is never one
wh(i)? do you remember also this essay
by benjamin kunkel where in benji
makes the case that internet literature
(remember when that was what we
called it) was commentary and
not literature, which he said
did not mean it was ‘bad’
necessarily just that
it was, like, secondary
to NUMBER 1 of course
(I) or what

tho some don’t thin
k she is so pretty)

& cracked as
an egg

it is called
NOISE DOGS

as a sea
a peers
evry day
out of the air

it swells, blackening
bruising the rocks
which have no idea
where to go

where to wander
with my lust
I wonder
what

is water
and why
is it
a lot 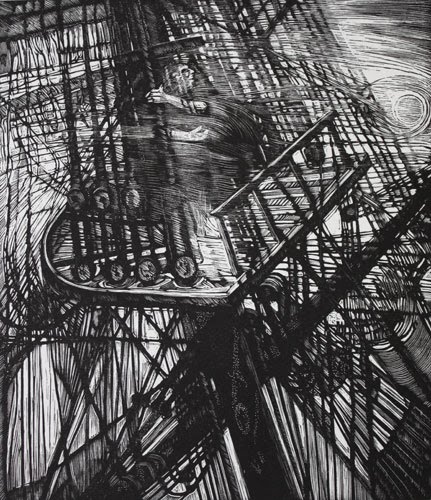 for in stance literature is a dessert
in that dessert is something fat to
work for, not just something you get

because getting is beginning to get on my nerves
and you always win because
literature and dessert somehow
create & alleviate the darkness,
the illusion that light is a thing
not just something you get

Paragraphs as waves. Sentences as what you see on the surface. Beaches out of books. Something like two hundred and eighteen million miles of coastline in the world. Most of it probably sucks. I’ve never seen most of it, but I believe all of it has an ocean, the swell lifting mostly nothing like thoughts flowing of no consequence to no one and everyone.

spectrum candidate for
in my opinion, “savant”

whom I taught about
algebra & gravity

whom I taught about
space & lines & folds

about the fourth &
fifth dimensions

& whose one blue eye
shone like a butane flame

& whose one brown eye
muddied up the what

living in a moment
while watching it

the hardest thing to do
I someday hope to do

that’s not false modesty
mind you

but a way to say goodbye
with your eyes shut

in reverse
the way I thought of
this thing, because

which I am quite sure someone has said
far better than I, the way my mind
tonight farted “a pathetically large ego”
while gazing at a mirror at a self
that tells about it’self
& the song that sings it

and additionally the question
could it be that some were
born birds, trees or bees
probably some with talons
or else with weak knees
probably