One of the poems early in Kendra Grant Malone’s collection, Everything Is Quiet, talks about that moment after a good movie when we all have to accept the movie wasn’t real. When two people hang out in that moment, it’s excruciating, because they know “you have to / speak at some point / and you have to shatter / what you were just feeling / a moment before.” Much later in the collection, the speaker—let’s just say Malone because that’s what Malone says—talks about people who are “very beautiful” and other people who are “very drunk,” but ends talking about how she has no one to talk to “at this very / moment.” And it’s that isolation of Very-flavored moments that this book lives to talk about. Even though these spindly, skinny poems are gorged with excesses of violence (sexual and otherwise), excesses of ingestion and injection, their main concern is excessive solitude. Which gets no worse than when two people who want to be together are stuck living through those moments they don’t want to be together. 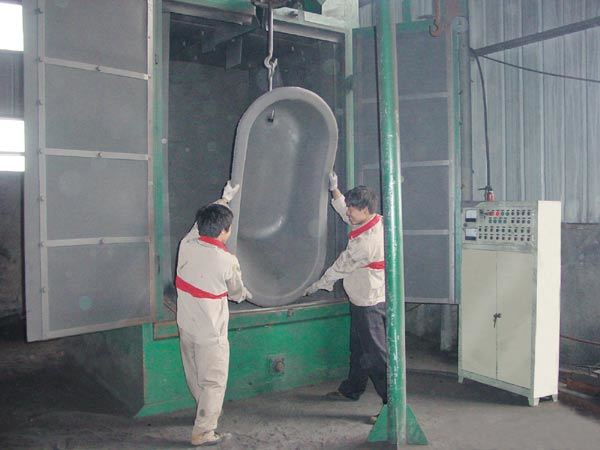 Why tell somebody you like to put hellfire and cat faces in your mouth? Coins and paperclips, left pinky fingers? Well, as a gesture of “wait,” maybe. When you tell somebody that most nights you spend with your cork collection, dumping and sorting and counting your corks, what you’re really telling them is that you’re not doing that right now. You don’t want to be anywhere, really, but you want them to stay, so you’re going to tell them about times when you don’t feel like you’re anywhere. Other times, you don’t want them to stay, and then you sit in the bathtub or sing at them through a door. Maybe you are haunted by your memory of randomly hating someone who ate McDonalds in front of you, by someone else’s lack of tattoos, and these memories are like the things we see before falling asleep, the things we can’t catch in time to rebuke, so they hang around some leaky attic above our hearts and drip at the most annoying pace. Sometimes we see a dead cat and we cloak a blanket around our own cat, but that doesn’t make our cat any less suspicious, because our cat comes with memories of her own.

In “Spick,” a sequence of short poems, Malone wonders if she is the only person who loves her brother, and she is not sure she can go on “being the only / the only / apparently the only / the only.” This skittish self-consciousness about the role of her own isolation is one of Malone’s most interesting aches. If she has to be somebody’s only legal guardian, why isn’t she allowed to be their coffee table? If she has to deal with everyone’s interpretations of her feelings, why can’t she enjoy wrecking herself as much as everyone else seems to?

This is confession that carries no implicit desire for forgiveness. Or approval. This is the opposite of head-in-the-lap confession—which Malone, in these poems, is always having to field and deal with. Maybe this is how confession looks when someone wants to be weaker than they are. In other words, these are the confessions of the head way above the lap you’re using, the thoughts of the person who’s giving you space to milk your sorrows. Another thing these poems are is a sort of plea to selfishness, but not how you think. More like how self-ish also means you only feel-ish that you have a self at all. When Malone talks about chasing pigeons, she says “i chase things / that no one views / as precious / so that i am not looked upon / as a monster / (although i am)” And sure, pigeons are fun to chase, and it’s fun to make a noise that doesn’t mean anything, a noise whose only purpose is to make something else afraid of you, but this line is lovely and scary because Malone is talking more than pigeons. She’s talking about a tiny missing Irish man, whose murdered photo she chases through the paper for. Talking about a three-winged fly, a disabled brother. But she’s probably mostly talking about herself, and a world full of people who won’t dismember (or dis-remember) her even when she wants them to, even while the world gives us sensations and imagination at the same time.

Some of the poems seem to end humorously—like a poem that talks about wanting to rape and be raped but ends with the line “then maybe / we can do something / more acceptable / like play skeeball”—but these endings are not made of the humor designed to make a stranger laugh. Not the humor designed to make people melt into mutual recognition and comfort. Rather, the humor of shutting yourself off with another person, of building a sort of shock-based forcefield around two people so that no one else can get in. Eventually, of course, you realize you can’t get out, either. And you also have another force field around yourself, which you didn’t even make, and which you try to lie and fuck your way out of. You do bumps of coke and sing Belle and Sebastian while you whip somebody. But that shit is strong. And what’s worse, you kind of like the way you look in your forcefield, just like how you like the way you look in your three-hundred dollar fur coat. What’s worse: looking scared or knowing you look good?

When Malone says to one boy (everyone shivers down to such frank need in this collection that it seems fair to call them all boys and girls, even—maybe especially—the hulks at the kitchen table eating the bananas) that he smells like Christmas, all she means is that his deodorant smells like a candle her mother used to have. He’ll take it wrong, of course. What he doesn’t know yet is that not everything said between lovers is designed to make the love work better. Not everything said about love is said to help shut that love off from the rest of the world. Sometimes one person says something not because they want to have sex, but just because it feels good to be naked with somebody. Sometimes you have to push the head away from the lap, not because you don’t care, but because you have to pee. When someone tells you the “calmest, greatest” moment of their life was almost drowning to death, taking water in their lungs, there is an infinite moment after this telling. To say what they said is not a confession. Maybe it’s a reminder of mutual isolation—what is there to say? why not be quiet forever?—but also very much an open gesture, very much a way of challenging the listener’s own isolation. Do you want to hear about how I want to die? I don’t care. I’m going to tell you anyway. Because sometimes we can only know our own feelings when we talk about the times that we can’t feel anything.