One Story (June 24, 2002 to October 25, 2010) The offices of long handed and literary-Illuminati-color-coded One Story collapsed this week in a grand gesture of at last fully defining in unwavering lifelike syntax their own definitive time, setting, and central theme. Long teased and haunted by their authors’ knack and exuberance in the construction of sentences that end the story as exploration before it can begin, the corpus of long story has whispered in its ruffling thin pages a yearning for at last the transcendence of the human spirit into the beyond, at last concretely demonstrating that yes, we all die, and yes the human heart is large, and yes, A really does lead to B if you line it up right. Survived by a collection of sentences clearly of a reputable but closely related bloodline, a brief but heartwarming reflection on One Story’s days and times will be issued to all past subscribers as well as anyone who has serially submitted to their enterprise every single open reading period since their inception, which notably and privately led to their development of the now ubiquitous Submission Manager (since bastardized incessantly by at least three anarchistic, freely sharing knockoffs), which affords self-hating pencil pushers across the globe the right to realize just how ridiculous this whole submit-then-wait-then-hate-then-submit-again thing is. Meanwhile, the spirit of the One Story lives on: truly, by now, a single story in our minds, espousing all. Friends and relatives remain hopeful that the termination of the ephemeral notion of the singular short story proves to extend beyond its time into a one to three book contract for those involved on the merit of this leap of faith into the demonstrable prowess of details that is the narrative short prose masterwork, more evidence that even if Raymond Carver is dead he isn’t dead and neither (for real this time) is Michael Chabon.

Failbetter (May 10, 2000 to October 25, 2010) At last deciding to put their money where their browser is, longtime publishers of romantically edgy online lit Failbetter succumbed to their own moniker and failed as hard as they could, driving their proverbial website animus into the proverbial nowhere of even this special little world called the online. Originators of the insanely-long-submission-response-time-even-if-you’re-just-a-website rule of thumb, Failbetter will surely be preserved only as we all remember them, if we remember anything, which in my case is that year when AWP was in Atlanta and these dudes showed up in suits standing next to a laptop on a table telling you to check out their website right there in the Hilton so that you might remember to do the same again when you got home, though as I recall again the web connection in the Hilton’s basement sucked and you couldn’t even do that, a pretty decent failure on the part of online literature perhaps in some way predicting this biggest and baddest of all failures, again ahead of the curve of all of us in publishing or elsewhere still supposedly extant, like gash marks on the wrists in a vertical fashion years before the gun goes in the mouth.

A team of publishing nerds Tumblrs what New Yorkers are reading on the subway (etc.) at CoverSpy.

The OED costs $200ish a year to access, but you can enjoy for free their word-of-the-day feature (thanks, jh).

One Story is offering editorial mentorships for writers who’d like some thoughts on their work ($25 for 15minutes).

That’s all I’ve got for now.

I finally got another bookshelf and have a place for all my books now. But what do I do with the dozens of MLP chapbooks that I have? I want to take them out of their drawer, but then where will I put them? Does anyone already have a solution? Something like what they got for my One Story collection? 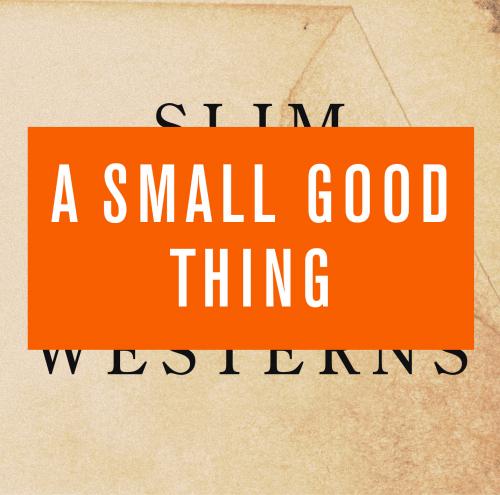 I just got this in the email like a second ago. So it’s just a press release, but I figure who wouldn’t want to know about this? Goons, is who. So all you non-goons, read on:

One Story would like to take a moment to announce the publication of our next issue, “Hurt People.” This story is by Cote Smith, a previously unpublished author.

At One Story, we are committed to discovering new talent and showcasing original voices. For this reason, One Story will never publish an author more than once. We are proud to say that 10% of our writers are published for the first time in our pages.

This issue marks the launch of our “Introducing New Writers” series. “Hurt People” will arrive in a custom envelope, marking it as a fiction debut and inviting subscribers to congratulate the author on our blog.

We will host a reading in Lawrence, Kansas–where Cote Smith is finishing his MFA in fiction writing–in May. As part of this series, we will be hosting hometown readings for writers who publish for the first time in One Story  in 2009. This is made possible by a generous grant from the National Endowment for the Arts.

We hope you enjoy “Hurt People” and the introduction of a bright new literary voice.