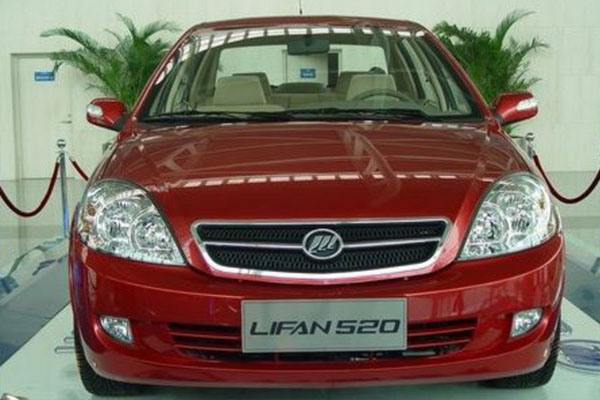 Catch me showrooming a discontinued Saab in New Jersey – I would only buy online. I’m trolling the dealer, he’s thinking I can afford a new interior. I’ll end up with Ford, I’m sure. Or, catch me in Paris, loving the  low-emission turbo diesel cab. See me climbing the North Cascade Highway in a borrowed Rav4 or my parent’s (now gone) Forest Green Toyota Sienna.

When I think about everything we’ll lose in the next century, the automobile comes into my mind. It roars in with the the force of the locomotive and the companionship of a horse. I’m reading Train Dreams now, and last week, I read High Life. It’s like, we’re all at a party, singing to the wind blowing by. We’re all smoking dinosaur bones in a back room of a bar at closing. This kind of thing can’t last. Eventually they ban cigarettes, even on city streets.

Here are the cars of my life. May there be many more.

1985 VW Scirocco – This was my mother’s car when she married my father. Silver with leather and it looked very fast. When I was 9, my parents escaped serious injury when it was rear-ended by a large white commercial truck. Totaled. They were driving back from a ski trip to Whistler BC, Canada. The driver was an epileptic who failed to take his medication. My parents chose not to file suit, partly because of the Canadian jurisdiction. I remember very little of my time with this car, though I would like to have it now. I also remember my father’s Yellow Nissan truck, from this period, though it was an ugly thing that he sold or gave to a relative.

1989 Plymouth Voyager – This was a vehicle purchased to facilitate my sister and me. It was a massive white square van, made in the years when minivans first became became popular. I am confused about whether or not it had air conditioning. Perhaps we just used the AC sparingly. I know we must have driven across Wyoming one summer, on our way to Denver to visit family. This is the first road-trip I remember. Someone vomited and the seats were a disgusting maroon. We kept books in the little sleeves behind the seats.

1994 Toyota Camry – The Camry was our second car for many years, and the one I drove to high school. It was nice to pull the e-brake and slide around the curves of the private road leading to my school. It was not fast, but the ride was good and the stereo was mine to blow-out, which I did, slowly. I did all the other normal things a teenager does in a car, except smoke in it. I was a decent driver, but I could never figure out how to back up all the way down long driveways. I scratched the paint twice leaving friends’ big nighttime houses.

2004 Toyota Sienna – This was a terrible and comfortable car. It was a replacement for the Voyager, which lasted forever. My father likes to talk about “the total cost of ownership over time.” This car was probably our most expensive, in that sense. Though we drove it all over Western America, across the North down to California, and into the Southwest, I never really liked it. It was a bus. My father listened to CSNY on the factory stereo, and I plotted my escape from childhood.

2004 Audi A4 – My best friend in high school had this car and I drove it a few times when he was drinking or needed me to pull him behind it on a skateboard. I’m ~60% sure he totaled it. I probably went to a lot of bad parties in this car. Drunk young people out in the woods of the Pacific Northwest, without God or literature.

2006 VW Passat – My mother wanted a nicer car, with leather, when it was clear we could afford one and that I needed to use the Camry to drive my sister and I to school. She bought this car. It was manual and I never quite got the hang of it. She still has this car. It rides very rough, and makes a lot of noise. But, the radio can be played without the key in the ignition.

2006 Peugeot (model unknown) – On a trip to Europe, my dad chose to drive this excellent little car from Venice to Zagreb. It was the best road trip of my life. We visited an exchange student I had hosted in High School. There was this new freeway, obviously built by the German, cutting through an insane set of mountains. It was maybe two miles without the light of day. On the other side, the view opened to wheat fields and bombed out buildings, with a perfect afternoon sun. The area has been the scene of intense conflict between the regimes of the Middle East and those of Europa, since either region developed the ability to reach out an kill its neighbors. The beaches in Croatia are the best in the world, IMHO.

2007 Honda CRV – This is was a versatile solution to my father’s impending retirement. It would suit the needs of both a skier and a sailor.

2002 Cadillac Deville – While searching for job, I received an interview request and a plane ticket from an advertising agency in Detroit. While this would have been a dramatic move (I have no friends or family in that city), I needed to seriously consider the offer, as it was real and paying. I visited Detroit and met with the Chief Creative Officer of the agency. He gave me the job, and I used that offer to get a solid offer from a New York agency. In some sense, I am indebted to that experience, that agency, that town. I only barely managed to get exactly what I wanted. I would have gladly gone to Detroit and served the industry there, however the purchase of a car now seems insane and dangerous, considering my lifestyle in NYC.

The Deville was the car I had planned to purchase, if fate brought me to Detroit, during summer 2011. It was inexpensive, for a luxury car, cheap to service (in Detroit) and offered a smooth, comfortable ride.

2000 Lexus GS400 – On my last trip to LA, I drove this car for a few hundred miles, up to Oakland with friends. The owner succumbed to exhaustion after a weekend of parties in Silver Lake. She gave the keys while we stopped on an onramp. There were insect noises. I drove late on that Sunday night, into early Monday morning. I was tired but sober and the car ran very quiet, even at 84 mph. The Central Valley of California never seemed so open to me, so free and doomed. I had driven it probably a dozen times before. I didn’t even listen to music, I just went on, keeping everyone in the car safe, letting them sleep. The lights of the bay, driving in from the East, I won’t forget ever. It felt as much like home as anything I’ve ever experienced. I was the only one without a job the next day.