Mailbag! – Feedback on the Feedback Edition 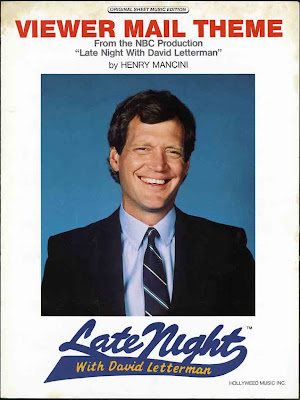 One of our regular commenters-in-good-standing, mimi, posed this question in a comment on this post of mine from a couple days ago.

>>I sometimes wonder how contributors feel about posts that don’t get any (or any serious) comments, because they _have_ gone to some effort. I for one am paying attention, even though most of my comments are kind of goofy.<<

I started to answer her in the thread, but then thought that maybe this was something more people would like to know about, so I’m posting it here. My longer-than-she-probably-wanted answer after the break.

the answer, mimi, is that it is disappointing when you work hard on something and don’t get any comments back about it– or you do get some, but they’re all from people doing the rough blog-equivalent of chucking dogshit at the ceiling fan. You write, “I’ve read (elsewhere on the blogosphere) that some chicks won’t come here any more because of the ‘misogyny’.” That’s true. I’ve read it, as well as had people tell it to me directly. I’d say three things to that- first, I think we’ve gotten worlds better about that, on the whole; second, nobody here wants to get into the game of catering to the most PC elements in a scene–if people feel that strongly about what they encounter here, then maybe the problem isn’t with us, it’s with them, and they should find a site better suited to their taste; third, American culture (the arts no less than elsewhere) has strong misogynist currents in it, which are usually unaddressed and untreated, but which occasionally rear up and make things very ugly and unpleasant for anyone in attendance. We are by no means outside of the culture, and even as we attempt to produce culture, we are always also products of culture. That’s not an excuse, btw; it’s a diagnosis. But it does disappoint me to think that someone who might be an avid reader or contributor-to-the-larger-conversation-we’re-having is turned off or won’t come by because of a concern about what they’ll encounter or how they’ll be treated.

But here is the thing–there’s an entire school of thought–and a whole major segment of our readership–that simply doesn’t see the value in going on-record in a comments thread, period. Those people tend to either respond to individual authors directly via email if they have something to say to us, or else to simply pass the link around without feeling the need to be in touch with us at all. For them, it’s not a question of offense or not, or anything having to do with merit or ethics at all–they are people who simply prefer not to leave a large (or any) kind of body of casual, short-form shoot-first-ask-questions-never writing out there on the web for people to find. They have a high suspicion concerning what comes of leaving the web riddled with these kinds of personal droppings, and though I (obviously) have not made the same choice as they have as a result of this concern, I do think that the suspicion itself is very healthy.

That, or they just don’t want to spend the time. Which also makes sense, especially as I approach the sixty-minute mark of attention-devoted-to-this-thing-I’m-typing. But hey, in for a penny in for a pound. Onward!

I’m fine with any/all of these approaches people have. We have some really amazing commenters here–people I feel like I’ve really gotten to know over the year+, whose opinions I respect immensely, and whose sustained presence on the site’s threads contributes to its vitality in a very real way. If David Rylance or Tim Jones-Yelvington or Lincoln Michel or Amber Noelle Sparks wants to leave a five-paragraph comment on a post of mine, there is a 100% chance of my reading it, and if they’ve raised issues that warrant a response, they’re going to get one. Not that it’s just those 4, but those are some of the best examples off the top of my head. you yourself obviously belong on this list- as evidenced by this note i’m writing you right now. Not to suggest it’s a contest, or that there’s any kind of meritocracy in place (obvs there’s not) but this is a basic outline of where I am coming from. And I can’t speak for any other contributor here, but that’s me.

And  I don’t have a problem with goofy comments. I’ve made plenty, and I like reading them. I don’t mind a ‘goofy’ comment on a ‘serious’ post–mine or anyone else’s. But goofy is a relative standard, and I think what happens a lot of times on here is that people don’t see eye to eye on what’s ‘goofy’ vs what’s mean/offensive/stupid/etc.

People are free to react however they want to to whatever they find here. That’s the risk we take when we post stuff. But I also reserve the right to react however I want to to whatever gets said to, or about me, or even has nothing to do with me but exists in a forum attached to something I wrote. Because at the end of the day, those comments are attached to something with my name on it–nobody forced that commenter (especially if they’re posting anonymously) into an association with me, but I have now effectively been forced into one with them, because their words are attached to my words, and it would be easy for a future reader to assume that anything I don’t denounce outright I must therefore condone. That’s not fair to me, and I have a responsibility to myself to (1) make sure that the occasionally disgusting or offensive things posted by commenters do not represent my own personal position(s); but simultaneously (2) that I don’t spend ten hours a day policing the very worst and saddest troll-people who occasionally pop in here to spread their brand of Xmas cheer. Usually, this isn’t an issue at all, but when it’s something like the absolute and inexcusable shit-show that the comment-thread on my Molly Young post became, it becomes a huge problem–not just ethical, but practical, because trying to keep up with PHM’s misogyny-engine is like trying to bail out a sinking ship with a grapefruit spoon. So I made my point as early on as I could–which was that I thought the emergent nature of the discussion was debased, disgusting, offensive, and beneath my dignity to engage with–then I tried to stand by my own words by not contributing a single new comment to the roughly 200 which followed mine. The hardest part, honestly, was not letting myself just delete the whole sad thread. Because as long as all that poison is sitting there, like an albatross around the neck of the post, I’m not free to pass my own link around without having to also include an advance explanation/apology to the person I’m sending it to about what they’re going to find when they get there.

But stuff like that only happens very rarely. What happens more often, and is more interesting, is that sometimes a piece that garners either no comments (or no good ones) will still get widely read and passed around. The site-meter is a better gauge of a piece’s reach than the number of posted comments, and I think that a better gauge yet is to see the incoming links–though the last two are intimately related. The best example of this is Jimmy Chen’s Tom Wolfe post a while back. It got no or almost no comments, but it is among the most-read pieces in our site’s history. Why? As I wrote at the time (in a post that itself got ZERO comments, much to my surprise–I was expecting an influx of kudos and cheers to JC), it was because Andrew Sullivan picked it up, and that sent about 15k people our way. Not one of them, apparently, felt inclined to type “lol” in the comment box, though it seems fair to assume that at least some of them–not least of all Sullivan himself–must have done just that.