In part one of this series, I introduced a network of ideas aimed at rethinking our approach to criticism by foregrounding observation over interpretation, and participation over judgment, by asking what a text does rather than what it means.

In part two, I expanded on those ideas.

In part three, A D Jameson unwittingly offered a beautiful example of the erotics I have proposed, following the final imperative of Susan Sontag’s essay “Against Interpretation” — which, for the record is not called “Against A Certain Kind of Interpretation” but is in fact titled “Against Interpretation” — where she writes, “In place of a hermeneutics we need an erotics of art.”  To destroy a work of art, as Jameson’s example shows and as Sean Lovelace has shown (1 & 2) and as Rauschenberg showed when he erased De Kooning, certainly counts as an erotics, which for me far surpasses the dullardry of interpretation.

In part four, A D Jameson unfortunately embarrasses himself by indulging his obvious obsession with this series. Whereas one self-appointed guest post might seem clever or even naughtily apropos, two self-appointed guest posts (in addition to all of his contributions in the comment sections) conjures the image of a petulant child acting out in hopes of garnering his father’s attention. (Daddy sees you, Adam. He’s just busy doing work right now.) Yet, despite his cringe-worthy infatuation, the example he offers is an effective one. I applaud it. (As Whitman said, “Do I contradict myself? / Very well then I contradict myself, / I am large, I contain multitudes.”)

This time, I’ll do a little recapitulation, elaboration, and I’ll introduce other lines of flight. But first, an important note about the necessity of revaluation. (Following Nietzsche’s project, of course. Itself predicated on Emersonian antifoundationalism, of course.)

To be a critic, it seems crucial that one resists commitment to the values of others.

Ask: why should arguments be coherent or consistent? Investigate those assumptions. Uncover the implicit. See those values as personal values, not universal values. Consider the history of domination linked to them. Order in the court. The Holy Order. The Platonic forms. Barf in the mouth. Stop being hysterical. Calm down. Stick to the subject. Do as you are told. Don’t ask questions. Abide our rules. See, consistency leads to conformity, as well as the mundane. And what’s more, coherency belies experience by projecting imaginary borders where boundary zones exist.

Ask: why should the critic present a tenable argument? While the orthodoxy may value tenability, no rule says a critic must value it. And besides, if there were a rule then the critic’s job would be to break it.

Ask: why should the critic be logical, i.e. make sense? While the orthodoxy may believe it signifies a measure of success, this is only one radically myopic opinion that eliminates possibilities, forecloses opportunities, and reduces the broad spectrum of experience down to a singular heuristic. Logic is one way to look at the universe, Spock. But not the only way. Poetics is another. Pathos is another. Bathos is another. Affect is another. Quantum entanglement is another. Peanut Butter is another. Also, never forget what Tristan Tzara said about logic in the Dada Manifesto of 1918:

Logic is always wrong. It draws the threads of notions, words, in their formal exterior, toward illusory ends and centers. Its chains kill, it is an enormous centipede stifling independence. Married to logic, art would live in incest, swallowing, engulfing its own tail, still part of its own body, fornicating within itself, and passion would become a nightmare tarred with protestantism, a monument, a heap of ponderous gray entrails.

Remember the words of Emerson, which I alter slightly, “Whoso would be a critic must be a nonconformist.”

, “Beauty will be convulsive or not at all.”

Now, how about some movement?

Do you recall the short-lived but awesome series called The Home Video Review of Books edited by Julia Cohen & Mathias Svalina? Like many of the examples I used in part two of this series, it approaches criticism as a performative act, an engagement, a companion, a doppelganger.  Here are three examples:

Review of If Not Metamorphic by Brenda Iijima
Ahsahta Press, $17.50 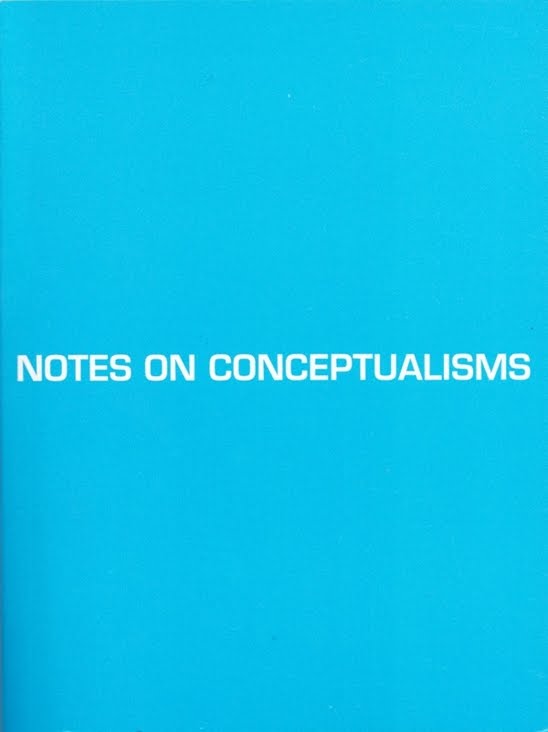 In these examples, the review acts as a companion piece to the primary text. A creative act in itself. No interpretation occurs. Instead, the critic participates.

See also: Bianca Stone’s passionate engagement with Star Trek: Voyager in her poem “You Were Lost in the Delta Quadrant” over at BOMB. (Thanks, Nick.)

See also: Jamie Gref’s review of Aase Berg’s Dark Matter (Black Ocean, 2013), which is described by Johannes Göransson (the translator of Dark Matter) as a “very intense, affected reading of the text, describing the “stuff”, the “sheerstuff”, the overjoy stuff, the poetry that affects us intensively.”

If we scrutinize Mayhew’s Psycho for a moment its critical angle becomes apparent, yes, but something else emerges. Hitchcock and Van Sant fade into the background as Mayhew comes to the foreground. The creative act as critical engagement becomes a way to see the critic through the artwork, more than the artwork through the critic.

“People are always calling me a mirror and if a mirror looks into a mirror, what is there to see?” said Andy Warhol.

Hamlet, of course, regurgitates Aristotle when he opines about art being a mirror held up to nature. (Mimesis.)

Foucault, using Don Quixote as the pivotal artwork, suggests an alteration of our conception of mimesis from imitation of nature to representation of nature, in The Order of Things: An Archaeology of the Human Sciences

Note at one point in George Landow’s experimental 16-mm short film Remedial Reading Comprehension (1970) a set of titles appear on the screen: “This is a film about you.” And then a few minutes later another set of titles slide across the screen: “Not about its maker.”

“This is a film about you / not about its maker.”

Contemporary filmmaker and poet Abigail Child borrows this phrase, tweaking it slightly, on page 85 of her 2005 book This Is Called Moving: A Critical Poetics of Film

In both instances an interesting idea arises for the critic: when approaching the work of art, one’s observations tell more about the observer than the observed. An unorthodox way of approaching the relationship between artwork and audience, to be sure. For one thing, it suggests that “meaning” is contained in the critic rather than in the artwork itself. Thus nothing exists in an artwork to figure out or interpret. Nothing to understand. Neither the author nor the author’s intention matters. The artwork is simply an event. An encounter. An experience. All that matters is the event and how the event shows you to yourself, or: how the event shows the critic to the critic. Yikes! Solipsism! How to handle the news that one’s response to an artwork equates to expressing one’s self and has little to do with the artwork or the artist who created the artwork? Especially given the realization that, according to Deleuze & Guattari

, “The self is only a threshold, a door, a becoming between two multiplicities.”