In a recent interview with Bat Segundo, Dennis Cooper said, “Well, yeah, my books are in some fundamental way always about reconciling confusion. Because that’s of super interest to me. And language presents this idea that confusion can be corralled and all that stuff. And it can’t. And that tension does interest me.”

“Reconciling confusion” is a terrific way of describing the intellectual/affective exercise at the heart of what draws me to literature. In the absence of confusion, most books quickly lose my interest. Probably this is why I am drawn to “experimental literature” and why I see a connection between it and “genre fiction” (mystery, horror, and sci-fi especially — all three of which rely upon varying levels of confusion/opacity/defamiliarization).

I am currently reading Cooper’s newest book, The Marbled Swarm, which reinvigorates language in ways akin to how Godard reinvigorated cinema between 1961-1967. Affinities aroused so far include: Pauline Réage’s The Story of O, Vítězslav Nezval’s Valerie and Her Week of Wonders, and various of Edgar Allan Poe’s finest stories (e.g. “The Fall of the House of Usher” and “The Pit and Pendulum”). I won’t say anymore about it yet, as I am still caught in its spell and must finish and untangle before expressing the flood of my admiration, but suffice to say: if you have not yet cracked its spine I implore you to do so immediately. Something dark and mysterious haunts each sentence. In the near future I intend to elaborate on how I see The Marbled Swarm as exemplary of an emergent constellation of texts I want to identify as Nouveau Gothic.

But not now. That’s just a teaser trailer. For now, below the jump, in lieu of music (as I’ve done the past few months) I’ll share with you the current cluster of tabs I have open on my computer. Food for your writing…perhaps?

Here is the thrust of methodological localism. The only ontologically stable stuff that exists in the social world is the socially constructed and socially situated individual actor, embedded within a set of relationships with other concrete social actors. —Localism and Assemblage Theory

Note for further elaboration: a lot of this has to do with the way that DeLanda, through Deleuze, is ultimately channelling Spinoza, to whom the language of capacities to affect and be affected is originally due; and also Hume — again via Deleuze’s reading — in order to account for how the individual person exists as an “emergent property” of the assemblage of a quantity of impressions, ideas, and chains of association. —DeLanda, A New Philosophy of Society

Panpsychism is the doctrine that mind is a fundamental feature of the world which exists throughout the universe. —Panpsychism entry at Stanford Encyclopedia of Philosophy

MCCULLOCH: Finally, is there a message you would like to give to artists making comics today?

“I Feel Myself Like a Genius and a Sacred Whore”: A Few Questions for Alejandro Jodorowsky

I don’t know who the f*** these cats are, where they’re from, or what they look like. And frankly, I don’t care. All I know is, they’re making some of the rawest, illest new underground hip hop I’ve heard in ages. Straight gully sh*t. Not for the faint of heart. —Music: DJ Jedi’s Spin City for December 5, 2011 [recommendations from @djjedi]

The actual list of the top ten films as chosen by the editors of Cahiers du Cinéma is not online, but the cover of the December issue with the ten titles swirling in some sort of electrified vortex into or out of “2011” is.

Most scholars dismiss research into the paranormal as pseudoscience, a frivolous pursuit for the paranoid or gullible. Even historians of religion, whose work naturally attends to events beyond the realm of empirical science, have shown scant interest in the subject. But the history of psychical phenomena, Jeffrey J. Kripal contends, is an untapped source of insight into the sacred and by tracing that history through the last two centuries of Western thought we can see its potential centrality to the critical study of religion. —Authors of the Impossible The Paranormal and the Sacred

What I am trying to pick out with “apparatus” is a thoroughly heterogenous ensemble consisting of discourses; institutions; reading practices, close or otherwise; regulatory decisions; laws; administrative measures; letterforms; writing machines; philosophical, moral and aesthetic propositions—in short, the disposed as much as the indisposed. —The apparatus of digital literature: a stenographic disposition in five minutes or less, Ben Robertson

One possible use for literature on the Net, and also the investigation of the Net as a process, is that it can function as an antidote to the atrophied armature of post-modern thought that still hangs over avant-gardists on two continents. Post-modern poetics, especially in America, has always favored indeterminacy as a mode of expression; but I use the term “atrophied” because this kind of poetics has become closed on indeterminacy. —Benjamin’s Desktop: Unpacking the Phenomenon of Literature Online, Adam Fieled

A/V 13 features a paper by David R Cole on ‘Traffic Jams: Analysing Everyday Life through the Immanent Materialism of Deleuze and Guattari’, an inter-review with Felicity Colman on her latest book Deleuze and Cinema: The Key Concepts, Giuseppina Mecchia with ‘Anthro-politics: Reconsidering Capitalism and Schizophrenia’ Marc Newman on ‘Deleuze’s Coldness and Cruelty in the Masochistic Film Spectator’ and Martin Wood on his film linking Deleuze’s philosophy with free-style rock climbing, Lines of Flight: Everyday resistance along England’s Backbone.

Ceasing to be human is a fugitive event; it can’t be captured by a single narrative or conceptual context. Perhaps the proper way to pursue the matter is by way of historical inquiries into the forms and occasions of its appearance. —On Being Singular, Gerald L. Bruns 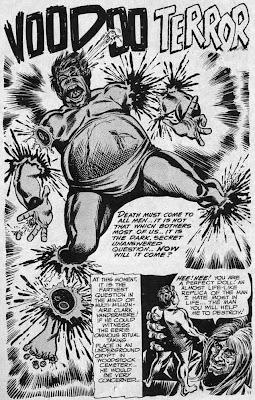 What A Journal of the Plague Year doesn’t have is zombies—at least not explicitly. Still, the numberless, suppurating victims are apt to behave like the undead at every turn, crowding the novel with “walking putrefied carcasses, whose breath was infectious and sweat poison.” —The Zombie Apocalypse of Daniel Defoe, Andrew McConnell Stott