A cage went in search of a bird

Anarchism as the Source Decay of Royalism

They were given the choice of becoming kings or the kings’ messengers. As is the way with children, they all wanted to be messengers. That is why there are only messengers, racing through the world and, since there are no kings, calling out to each other the messages that have now become meaningless. They would gladly put an end to their miserable life, but they do not dare to do so because of their oath of loyalty.

Myths of History / Histories of Myths, with your host, Franz Kafka

The history of the world, as it is writen and handed down by word of mouth, often fails us completely; but man’s intuitive capacity, though it often misleads, does lead, does not ever abandon one. And so, for instance, the tradition of the seven wonders of the world has always had associated with it the rumor that there was another, an eight wonder of the world, and concerning this eighth wonder there were various, perhaps contradictory, statements made, the vagueness of which was explained by the obscurity of ancient times.

Something Baffling, Something Bloom: In which I follow H.B.’s advice and start reading Kafka’s Blue Octavo Notebooks 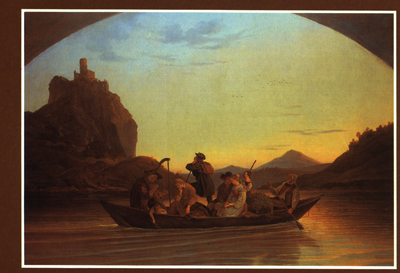 Today read Hermann und Dorothea, passages from Richter’s Memoirs, looked at pictures by him, and finally read a scene from Hauptmann’s Griselda. For the brief span of the next hour am a different person. True, all prospects as misty as ever, but pictures in the mist now different. The man in heavy boots I have put on today for the first time (they were originally intended for military service) is a different person.

checking back in with Joshua Cohen and Kafka’s Office Writings

I’m sure you’ve all been keeping up this week with Nextbook.org’s five part series on Kafka’s Office Writings, which I first blogged about on Monday. But in case you haven’t, this is a good time to look over what you’ve missed so you can be all caught up for the big (?) finale tomorrow. The series, as I’ve mentioned now several times, is authored by Joshua Cohen, quite possibly the youngest working critic to be described non-ironically as “venerable,” assuming he has ever actually been called that before, which, if he hasn’t–well he has now.

Today (day 4) we’re learning about Kafka and Nazis:        >>It has become a commonplace to say that Kafka’s work prefigured, in image, or predicted, in word, the horrors of Nazism. That argument is most often advanced by a litany of external congruencies between Kafka’s fictional world and the Third Reich: bureaucracy (though the Nazis were always more efficient than the authorial imagination), the infringement of technology on daily life, random violence, unappealable official destinies, fates based on birth, etc. Kafka’s intuition of Nazism was far more personal, however, far more inwardly directed. It can be found in his characters’ desires to join something, to become part of something, whether a style or form of being, or even a Volk (which, in Kafka’s case, would have, perversely, been Judaism).<<

Yesterday, we learned about how Kafka’s work directly inspired his art:          >>While no intro1duction of “cylindrical shafts” could overturn such a metaphysical damnation, there is no doubt that the image of a body inscribed by technology springs from Kafka’s arbitrating experience with traumatized workers.<<

On day 2, we learned about the history of office life in Europe:           >>[Kafka’s] origins lie before industry certainly, before widespread centralization. He began, in fact, when people stopped working for themselves and started working for others; when individual or familial subsistence gave way to earning a living. Work, in the 19th century, became largely an indoor activity, making daily labor—not in the fields and farmlands, but behind four walls in a plant—seem contained, a place where behavior could be scrutinized, and surveilled.<<

And back on day 1 we got an overview of Kafka, and of what the rest of the week was going to be like:     >>Franz Kafka wrote as insurance against suffering the fates of his characters. It was as if every hour he spent writing, by candlelight and, later, by electric light, was an installment paid against darkness. He knew that with a stroke of the pen he could conceivably, at any time, have restored to Joseph K. his easy life before The Trial, and obtained for land surveyor K. a better position with a gentler Castle. But this is what makes Kafka the great writer of what has been called Modernity: That he stayed true to his fictions, and retained their tragedy.<<

After you’ve had your fill of nonfiction, consider perhaps some of his other literature. Cohen is the author of five fine books out from presses that Giant readers and contributors alike have deep affection for: A Heaven of Others (Starcherone, 2008), Two Tribal Stories (Small Anchor, 2007), Aleph-Bet: An Alphabet for the Perplexed (Six Gallery, 2007), Cadenza for the Schneiderman Violin Concerto (Fugue State, 2007), The Quorum (Twisted Spoon, 2005).  A new novel, Graven Imaginings, is forthcoming from Dalkey Archive.  Better get on over to his website and see what the score is.