John Rogers is a writer living in Iceland. He also edits the new internet-borne art, music, literature & culture website Heartcloud. His image macros and written work have appeared in places like Metazen, Pop Serial, Alternative Literature, Microscenes, Gayng, Bad Robot, Have U Seen My Whale and Internet Poetry; hIs artwork has been shown/performed in places like Ikon Gallery, This Is A Magazine, The Centre of Attention, Fierce! Festival and D.U.M.B.O. Festival, supported by Arts Council England. John’s first book, Real Life, will be available on Habitat Books but you may pre-order it here.

Michael Hessel-Mial studies poetry and cybernetics at Emory University. He also edits Internet Poetry. His ebook, VITA NUOVA II, is forthcoming from klaus_ebooks, and his macro series ‘tweets like a lovebird,’ part of his longer project, ‘greatest poet alive,’ is forthcoming from Pop Serial.

the above is a quote from Real Life by john rogers. i encountered these words as a macro submission to Internet Poetry. i experienced it with uncertainty, in the sense that it was beautiful but unclear as to what it meant. i have experienced john’s writing in two ways – as impossibly large beautiful ambitious incredible works (like his collab with ashley obscura, oh, inverted universe) and as slightly terse, cryptic statements like these. another is “keep yr heart in the cloud,” which i saw as an image macro featuring a heart emerging from a nebula.

pretty sure that a lot of the content from heiko julien’s I Am Ready To Die A Violent Death originated on twitter, though catalog and facebook. i don’t mean in the sense that it is ‘just’ an amalgamation of pre-existing content, but that key lines/tropes were maybe ‘battle-tested’ there. i read that book ‘as a book,’ but i also think of words like ‘fractal’ / ‘modular’ when i think of its composition.

Real Life was composed on a combination of iPad and laptop. it combines very terse, one-line or ‘single-utterance’ statements in poetry form, with long descriptive chapters comprised of detailed declarative sentences. when i read “moss / moss / clambake / moss” in this context i saw how these were functioning as ‘tokens’ of memory units, or ‘deep, underlying pathways’ of the inner logic of the book. i started getting excited when i realized this. 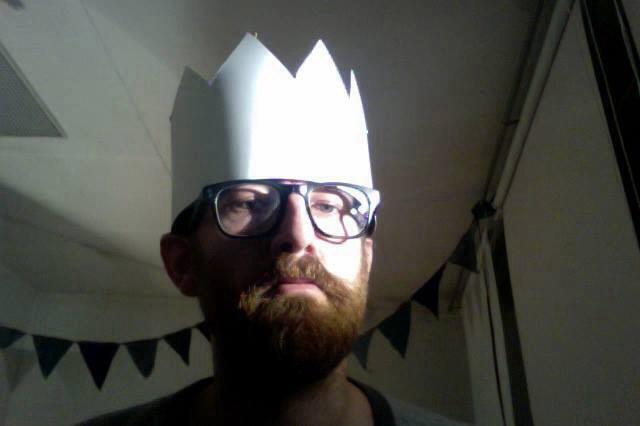 After Icelanders successfully revolted against their government’s collusion with big banks and the IMF, John Rogers became King of Iceland.

i started interacting with john rogers near the end of 2012

i read oh, inverted universe and was thinking that it was hands down my favorite alt lit thing i’d read

i think one time steve roggenbuck and i were talking about “John Brnlv Rogers” and laughing a little bit because steve thought it meant “barnlove” at first, but it’s actually because john rogers runs Brainlove Records

along with being active in internet literature circles, he is also a mogul, nice

john has listed himself as a ‘regular contributor’ to Internet Poetry

is Internet Poetry the Poetry Magazine of the internet????

the time period that Real Life documents involves john rogers moving to iceland, and being in a relationship with somebody who i also know and feel a kinship with. both of these major life moments were documented on facebook. Real Life describes both but allows the structure of memory to scramble time – the poetry passages serve as a narrative glue that fuses emotion and memory in a kind of alternative space defined by emotions and memories. this space makes the intensely descriptive prose passages ‘saturated’ with light and intimacy. the move to iceland is described more explicitly, while the relationship is left deliberately unstated, assumed.

iceland is a cold volcanic island, whose lava and moss become the physical links to the abstracted form they take in memory. iceland was the space for certain relationships, and also serves ‘in advance’ as a place where the pain of its transience can be accepted.

john makes me feel good about iceland, in spite of my understanding of it being confused by stories of ‘prankster’ vikings naming it wrong on purpose (i don’t think this is completely true)

70% of john’s snapchats are of his cat

my cat, mia (longhair, black fur, ~6yo) is sitting in my lap as i write this, curled in a circular shape

“I wonder what it says about me psychologically that I am squeezing myself into the smallest possible amount of space so as not to touch anyone around me despite being basically full to bursting with love and irritation re: every single person.”

john rogers wrote this, it’s in his book, Real Life

Real Life is sensual and intimate in its descriptions of john’s activities. it is mostly in ‘non-sensational’ ways, like things john eats or drinks, or the small chance interactions he has with others, as a result of being alive in ‘real life.’ these interactions are with people on trains, or with parents, or with people in service industries, and john notices the small smiles or gestures we do everyday, simultaneously out of commitment to social routine but also as a simple affirmation of the other person’s existence. i’d say that john is attuned to those specific kernels that connect us with different people.

as i write this, i want to conclude or explain different points by recourse to the title – “you know, real life?” “because its, like the title, real life” “real life, uh”

i think when i get the physical copy of this book i’m going to hold it, arms outstretched, and maybe say “real life” to myself several times. Stephen Michael McDowell is publisher at Habitat Books and unofficial Queen of Iceland.

stephen is a writer that at least 2 people, including myself, have characterized as seeming ‘strongly influenced by tao lin’

this is largely false, in that i have increasingly come to see stephen’s writing as building on tao lin’s in exciting and important ways

way way long ago, back in the 20th century a lot of people thought about the linearity of literary writing, especially how prose is structured to the printing press format in ways that

i would say that this was influenced by marshall mcluhan’s description of the printing press as compressed/unidimensional compared to the appearance of radio and television, jean-paul sartre’s critique of serial forms of social organization, and the ways that post-structuralism [something about jacques derrida and roland barthes].

this is probably wrong, but i have intuited that the tao lin narrative style, which i have felt to be doing something unique and important as a development of prose writing, is building on a sense of the inadequacy of inherited forms of narrative presentation. there is something in minimal, declarative presentation that can capture the different descriptive and reflective levels at which we experience reality.

in general the literary and theoretical avant-garde are good at imagining new ways of writing, even if the ways themselves haven’t always seemed successful (most of them are, but i think of how my teachers talked about hyperfiction)

i think the problem is that linear writing became, as in other marx-inflected readings of media, something to be dialectically resisted, which IMHFO is the worst way of doing things because it assumes in advance a system that cannot be escaped. 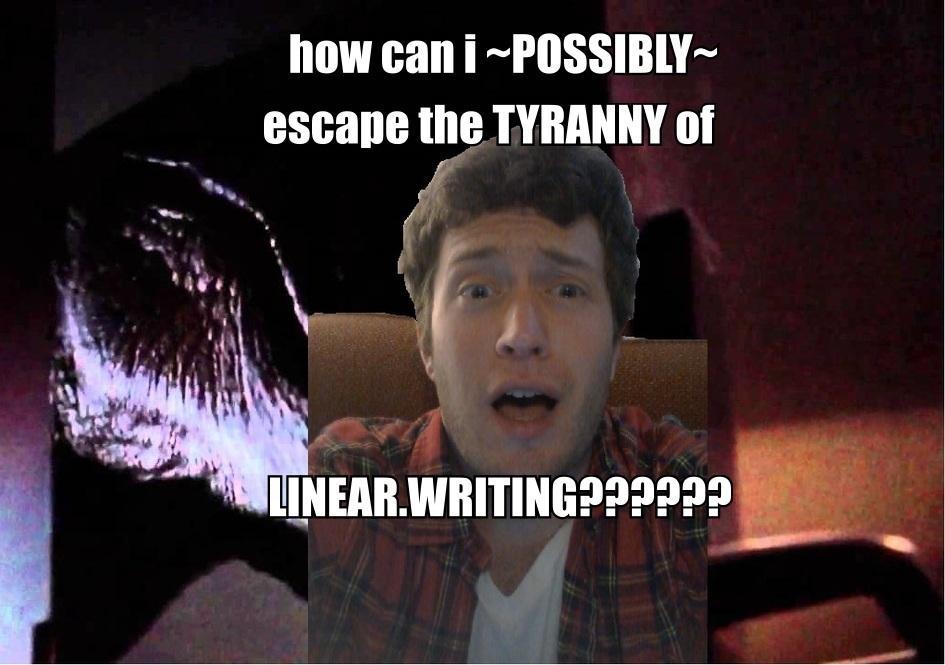 Michael Hessel-Mial’s cock, which leans to the left, will be forthcoming on The Poetry Foundation’s website.

*does cartwheel and turns into a butterfly*

john rogers i feel is moving in a unique direction by taking honest/direct minimal prose writing and putting it into a different kind of narrative structure, where a lot of weight falls onto a poetic space, organizing the prose passages, even if most of what we remember from the book is from the more ‘episodic’ moments.

i feel like, ideally, writing is organized like fractals, or ‘the cloud’ – in the ‘big data’ sense where meaningful objects are held in an idealized space of absolute potential for retrieval, where the immanent relations between the objects ‘as objects’ are probabilistic combinatoric potential, alongside a field of other potential relations generated by abstract programs

the cloud being our potential for love, through the lens of big data

the question being, how do we produce longer, more ambitious works, in ways that better approach how we experience writing

writing, especially when it is linear, is a program that generates the work from the cloud

the cloud being all of culture, including our social media presence

the longer books we write, i predict, will have increasingly elliptical structures while getting increasingly accessible and enjoyable, like we’re finding ‘the narrative framework of the future’

Real Life often feels like a very disciplined risk, in the sense that it exposes thought processes that could read poorly if not put in the right scope – john often takes risks in being direct or honest, and here it pays off, john ‘shoots straight’ To be honest, Icelanders have over 200 words for ice cream and yet ice cream does not appear in John Rogers’ new book, Real Life.

i’ve been deciding how much i want to compare this to tao lin, it feels sensitive because i want to suggest that john rogers is pushing the tao lin narrative style in a new and important direction without making tao lin seem bad or wrong

Real Life has the influence of tao lin’s prose narratives, and i think Real Life is ‘on the same team’ as I Am Ready To Die A Violent Death in that they are able to feel consistently edgy and exciting, current as well as adapted to their particular worldview

the difference, i think, is that john’s direct/declarative sentences are an altogether different phenomenology where human relationships are necessarily fraught/doomed, trapped within their view of the world

i think a lot about edmund husserl and the ‘life world,’ which i understand as the intuitive/physical sense of existing in a shared social space, that living with others gives off as a kind of ‘atmosphere’

tao lin’s characters are sympathetic, rich, meaningful, relatable, but they are also always isolated, have relationships only as a kind of mirroring of one another

john’s characters are not simple, but they also have the added benefit of existing in this space, which makes what they do have a kind of light surrounding them

they are saturated with the atmosphere of shared space, and it allows for stories to surface in Real Life without ever being told

both john and i have a way of approaching the internet and social media as having a utopian character – the internet brings out a side of our relationships with others and our understanding of the world that can influence writing. part of the excitement of this writing is being able to declare it. even though Real Life is much more a personal statement than john’s other larger ‘vision statements,’ it teaches a lot in this capacity. john rogers is ~12 years older than me and has a capacity for wonder that gets me excited.

but real life is also plugged in, and maybe being internet structures how you see real life in ways that allow something as beautiful as Real Life

sign my petition to end the use of the phrase ‘in real life’ and all of its related names (IRL, and, uh…) 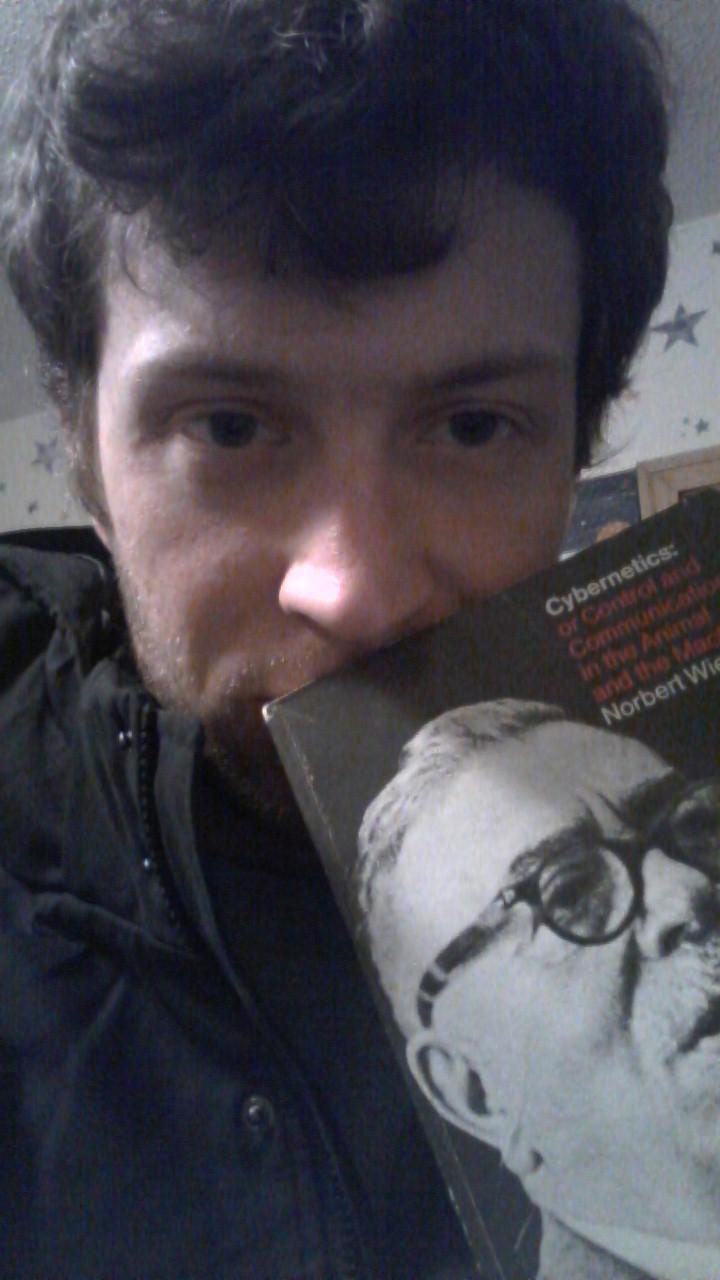 Michael Hessel-Mial was made to love you.