END_OF_DOCUMENT_TOKEN_TO_BE_REPLACED

HIS STACK OF PALIMPSESTS

on reviewing Gaddis’s The Recognitions1 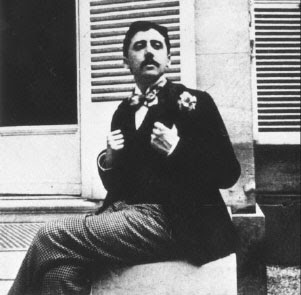 There is a split in experimental fiction, it would seem, which is hardly a split: a duality which is hardly dual. Articulating it, in addition, will not add to or subtract from what I’m provisionally calling “experimental fiction.” I am not going out of my way to break open or unmask a binary which has, till now, subsisted in relative silence. The following is a brief and incomplete diagnosis–neither positive nor negative, or else both at once. Most importantly, perhaps, these are not two distinct regimes (again, a split which is hardly, or is not, a split). Nor should this be taken as a statement of fact, but as a condition which I’ve begun, more and more, to see in what I read.

END_OF_DOCUMENT_TOKEN_TO_BE_REPLACED

I’m going to write about books and authors I like, but it won’t be ‘indie-lit,’ because I actually can’t keep up with everything, but I want to write about writing, so I am relying on books/authors I’ve read in the past. Hopefully, this will start a dialog and other contributors will also write posts in similar fashion. The goal is to get people reading what they might not have otherwise. I’m calling this series, “I like [blank] alot.” I encourage everyone to do this.

My first installment will be about William Gaddis. He’s not necessarily my ‘favorite’ writer, because taste is a malleable thing, but I think he’s ‘blown my mind’ the most in everything I’ve read in my life.

These posts will also provide context, like an intro or something. William Gaddis is most commonly grouped with Pynchon, but it’s a one-dimensional association. Gaddis himself said he didn’t like or understand Pynchon. Gaddis can be seen to have bridged Faulkner’s modernist tendencies (e.g. fragmented objectivity) and Pynchon’s post-modernism (he also chronologically fits the bill, writing exactly between the two). Gaddis is also sorta like the american Kafka; the former had an office job at a lawfirm his entire life. Somewhat cliché, but Gaddis hated the lit world back then, and only admitted to liking T.S. Eliot.

In JR, his second book (which in my mind did something no other book as done, which I’ll get into later), he incorporated the vernacular of american bureaucracy so accurately that 50% of the book is [sic]. He has been said to have made notes quoting his co-workers and adding it into his book.

I think JR won the National Book Award, but Gaddis is still ‘under-rated’ in the sense that only sorta crazy people read him. And the award was given ambivalently, like Gravity’s Rainbow, by a committee whom some of which didn’t actually read the book. Gaddis only wrote 4 books, and his last two were inconsequential knock-offs of his first two.

The Recognitions, his first book, also ‘blew my mind,’ and this is how: Gaddis exploited the reader’s tendency to forget things, or the nonchalant faith that the author’s best interest was to ‘take care’ of the reader. He was aware of how ‘fictional reality’ is rendered in the reader’s mind, and purposely fucked with it. Jonathan Franzen, and the contemporary social-realists, don’t like that shit (and I can understand why), but if you like to be fucked with, Gaddis is your man.

Here are some examples of his method:

In The Recognitions, the characters names slowly become interchangeable. Gaddis purposely introduces other characters with almost identical names (Esme, Elise, Elsy, Elly, Elyse, etc.) to confuse the reader. But there is a surreal component to this: the story is about pastiche and the death of ‘the original,’ (a big deal back then, think Warhol) and so the characters ‘caricaturize’ themselves as being copies of one another. Gaddis also does a lot of funny things, like halfway thru the book, the main character disappears and is never mentioned again. The subordinate characters go on and struggle for position as the main character. The book is about a painter who makes more money forging painting than painting his own, though that’s a really shallow description of the book. It’s really about the capacity of ‘character’ in a novel, and the artifice of its rendering. It’s also a haunting love story.

JR is 700 pages of uncited dialog (no “said John,” “replied Lisa,” etc.) The reader basically has to ‘dive in’ and, like some archeologist, retro-actively create a logical world using a paltry set of clues. The more the reader investigates, the more he/she discovers how intricate the novel was written, and how Gaddis leaves not only the right clues, but at the right time. So the ‘writing’ is not actually on the paper, it’s 80% in the reader’s mind. And, yes, he majorly fucks with you: there’s a scene where person A and person B are talking, and person A interrupts and says, “Oh, person C!” followed by descriptions which lead the reader to believe person C rang the door bell—and the reader bases the next 50pgs on that premise. 150 pages later, the reader realizes that person C came down the stairwell when person A says “Oh, person C,” and the person at the door was actually person D, which inverts the entire preceding narrative. Gaddis said he got the idea from T.S. Eliot’s play “The Cocktail Party,” in which a lot of the actor’s dialog takes place off-stage.

He also exploits the inherent fragmented perception that comes from reading fiction, how ‘truth’ (even fictional truth) is impossible. There’s a scene where a man looks in a rearview mirror from a taxi and sees a bouquet of flowers bouncing. It’s described in such a lyrical and memorable way, that it’s embedded in the reader’s memory like some archived signifier, some mental database which glue timelines together. Then some 200 pages later, another character in the book (in the context of the day the taxi ride took place) sees a penny on the ground and attempts numerous times to bend down and pick it up. And he’s holding a bouquet of flowers. These are just one of a myriad of moments when I was like, “holy fuck.”

This post is getting too long. I’ll finish quickly: If you want to be utterly mind fucked for a month straight, and carry the reading experience in your bone marrow forever, read The Recognitions or JR, just get a pen and pad of paper to take down notes. Flow charts and diagrams won’t hurt too.