Adam Robinson recently had some good things to say about Matt Henriksen’s book, finding its poetic attempts at translating the incommunicable both frustrating, yet filled with meaning. As Johannes Goransson wrote at Montevidayo, “The ‘difficulty’ of Henrikson’s poetry is not about access but the experience it aims to put the reader/writer through.” So I invited Matt & Brandon to interview each other, to further collide those ideas of frustration and experience, and the poetry that comes out of it. What takes place amounts to late night cross-country trek talk, hallucinatory and winding, filled with shunned understanding and been-through truth. Enjoy.

END_OF_DOCUMENT_TOKEN_TO_BE_REPLACED

The best collection of poetry I’ve read this year to date is Becoming Weather by Chris Martin. Its confident, bold,  excavating and it all feels natural. This Friday in NYC is the release party for that book. There’ll be original music from Oneida & I Feel Tractor, an original film from Stephanie Gray, and a sermon on becoming weather by Evangelist J.B. Best (Anticon’s Pedestrian). Its a serious event. Happening  8:00 P.M. at Secret Project Robot in Brooklyn. Benefit for Dean this week in NYC

Matthea Harvey, Edward Hirsch, Mary Karr, Matthew Rohrer, Gerald Stern, Dara Wier and others will read at a benefit for the eminent poet and teacher Dean Young in Manhattan this Thursday night. Young is facing a heart transplant, and all donations will be used to help with his expenses. Admission to the event is free. To read about Dean and make an online donation, please visit http://www.transplants.org/ 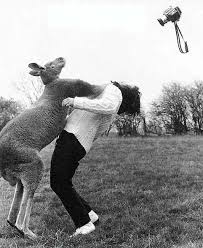 Meanwhile you can catch Lily & Anne this Friday at SUPERMACHINE reading series in NYC. Details here.

Black Ocean & Octopus are offering some vicious subscriptions deals to float your boat, and theirs.

Includes one copy of every title we will release in 2011 plus a free book.
Almost a 20% savings! And as always, free shipping!

The Girl Without Arms by Brandon Shimoda

END_OF_DOCUMENT_TOKEN_TO_BE_REPLACED

What novels actively feature metalheads and/or metal culture in their narratives? Period is the only one  that comes to my mind.

END_OF_DOCUMENT_TOKEN_TO_BE_REPLACED END_OF_DOCUMENT_TOKEN_TO_BE_REPLACED

When I showed you about the best chapbooks I bought in Denver I wanted to show you HOW, but couldn’t. How by Emily Pettit
Staple-bound
Edition of 200